Days after Ragini Dwivedi's arrest in connection with the Sandalwood drug scandal, actress Sanjjanaa Galrani was taken into custody yesterday (September 8, 2020) by the CCB (Central Crime Branch) for allegedly procuring and consuming drugs. The CCB wing of Bengaluru police had raided her Indiranagar residence on Tuesday (8 September 2020) morning after which, she was questioned and later arrested.

As per a few media reports, the CCB officials have stated that the news about the raid was already leaked to Sanjjanaa. It is said that the actress was very much aware of the raid hours before the officials of CCB reached her residence. A few reports claim that she had requested her neighbours to not give any statements against her whatsoever, and also asked them to be in her flat during the raid to support her morally. She had also asked one of the neighbours to inform her lawyer and a doctor, who the police say is a close associate of the actress.

The sleuths who were aware of the happenings reportedly did not allow anyone from outside to enter the premises. Notably, the CCB has seized the actress' mobile phones and two laptops from her house.

Notably, the actress was under the scanner ever since her friend Rahul Thonshe, an agent (also her Rakhi brother), was arrested in connection with the drug scandal. Reportedly, Pruthvi Shetty, a party planner, used to organize private parties for Sanjjanaa.

Earlier, she denied involvement in procuring, consuming and distributing drugs at any high-end event. Sanjjanaa had also released a note recently saying that she was upset that the industry's name is being dragged and defamed, which according to her is a temple. 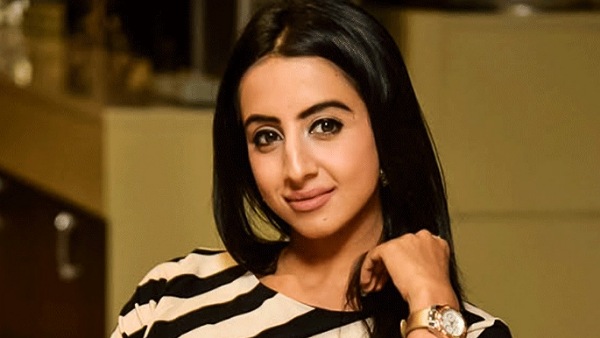