Day 87 on Bigg Boss Kannada 7 bought a sweet surprise for popular contestant Shine Shetty. During the middle of the weekly luxury budget task, Bigg Boss sends in Shine’s mother Indira to meet him. Shine hugs his mother while she breaks down and starts crying.

He is then seen consoling and introducing her to the fellow contestants. Indira says that everyone is playing well and tells them that she has bought food along with her for housemates. Shine and his mother was seen in the activity area where she updates him about loved one’s wellbeing. She even tells him not to worry about their food truck business and just focus on the game. She finally advises him to be a little cautious about flirting with Deepika Das in the house.

Meanwhile, Priyanka is assigned a task to earn some extra family time for Shine. She is seen juggling balloons and making sure they do not hit the ground. Indira also informs Shine that evicted contestants Chandana Ananthakrishna and Chaitra Kottoor visited her. She breaks down again before leaving whilst Shine touches his mother’s feet for blessings. Before signing off, she speaks to everyone sweetly and invites them over for food post the culmination of the show. She blesses them all and takes a group selfie and exits from the main door.

For the uninitiated, BB has been sending in each contestant’s loved ones for the past one week. It’s been more than 12 weeks since the housemates got locked in the glasshouse, and as a result, have been thanking Bigg Boss for the gesture. 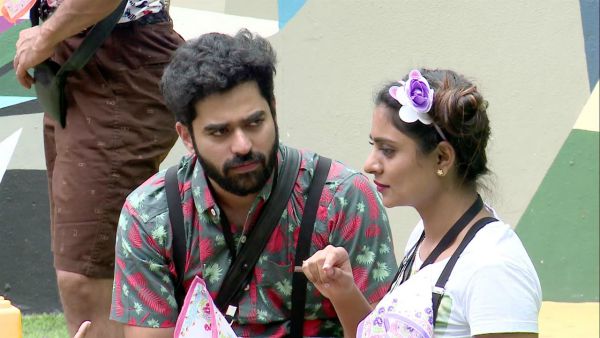