Golden star Ganesh is all set to collaborate with director Suni after the massive success of their last film Chamak. The yet-untitled project is being produced by Suprith in association with the KVN Production house. The film is said to be a courtroom drama based on a real-life incident.

And now, in an interview with TOI, filmmaker Suni has confirmed that the makers have signed Tamil and Telugu actress Surbhi as the female lead. He revealed, “Surbhi plays a television anchor. She is one of the leads of the film and her role is very lively and intrinsic to the plot.” He went on to add, “We are currently finalising all the cast and crew. The film is likely to go on floors after that.”

The highly anticipated Sandalwood biggie will mark the foray of Surbhi in the Kannada filmdom. The actress too, in a recent media statement, shared her excitement about the film. Surbhi said, "It’s a golden opportunity for me to be sharing screen space with Golden Star Ganesh, I feel this is the right time and opportunity for me to explore and looking forward to learning a new language. I am also thankful to director Suni and producer Suprith for bringing me on board."

Meanwhile, Ganesh is currently busy shooting for Gaalipata 2. The sequel is produced by Ramesh Reddy and is being directed by Yograj Bhatt. It also stars Vaibhavi Shandilya, Samyuktha Menon, and Sharmiela Mandre, Nishvika Naidu and Anant Nag.

On the other hand, director Suni is completing his current movie Avatar Purusha, starring Sharan and Aashika Ranganath as the lead roles. The romantic comedy is being bankrolled by Pushkara Mallikarjunaiah. 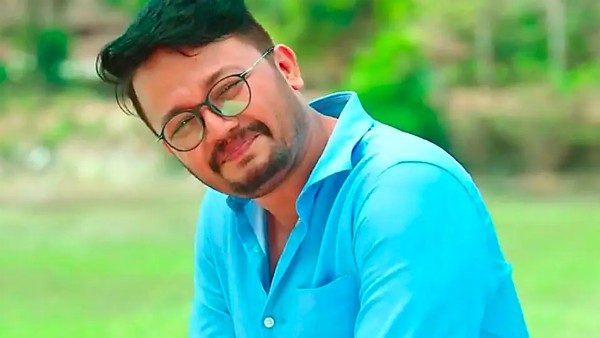