Challenging star Darshan recently surprised his fans by releasing the first look motion poster of his next film Roberrt. Darshan will be sporting an uber-stylish and rugged look in the film. The highly anticipated movie has already created a lot of buzz amongst cine-goers. And now, according to various media reports, Roberrt may hit the silver screens on April 9.

The makers have released various stills and updates about the project on different festivals and holidays such as Christmas, Ramzan and Deepavali. Director Tharun Sudhir has already announced that the film will be released this summer. The speculation is now rife that the commercial action entertainer will be out during the Good Friday holiday weekend.

Speaking about the film, Tharun stated, “Everyone was curious about Darshan’s look presented by us in Roberrt. I always felt that it is nice to celebrate our films on a festival, and I didn’t find a better day than Christmas to reveal Roberrt look. In the 105-day shooting schedule, we are now left with two song sequences to shoot. This will be followed by another track, and that will wrap up the film,”

For the uninitiated, the team is currently finishing the post-production work. All the actors including Darshan have already started dubbing for their portions. The Sandalwood biggie marks actress Asha Bhat’s Kannada debut as the female lead.

The music for Roberrt has been composed by Arjun Janya’s music along with Sudhakar S Raj’s cinematography. Produced by S Umapathy, the movie also stars Jagapathi Babu, Vinod Prabhakar, Sonal Monteiro and Chikanna in pivotal roles. 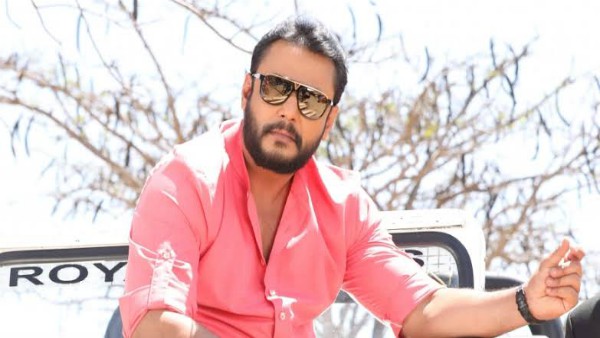 ALSO READ: Challenging Star Darshan Is All Set To Host A Reunion Celebration For His School Friends