The April 20 episode of Bigg Boss Kannada 8 begins with housemates waking to realise that Bigg Boss has seized everything inside the house. From furniture and kitchen essentials to washroom and smoking area have been taken away from the contestants.

Soon, Bigg Boss announces this week’s task where the entire house has to perform the given tasks in order to earn back their luxuries and basic facilities. In each other, the housemates will have to choose between luxuries. The one they give up will not be made available until next week. And if they lose the task, they will also have to say goodbye to the other facility as well.

In the first round, the house opts to play for food and kitchen essentials. Rajeev Hanu, Manju Pavagad and captain Aravind manage to win the task. Soon, Bigg Boss sends over their kitchen items. In the next round, four contestants have to place the given eggs into a tiny glass with their feet. Divya Suresh, Divya Uruduga, Priyanka Thimmesh and Vaishnavi Gowda manage to complete the challenge in fifteen minutes and procure back the kitchen utensils. 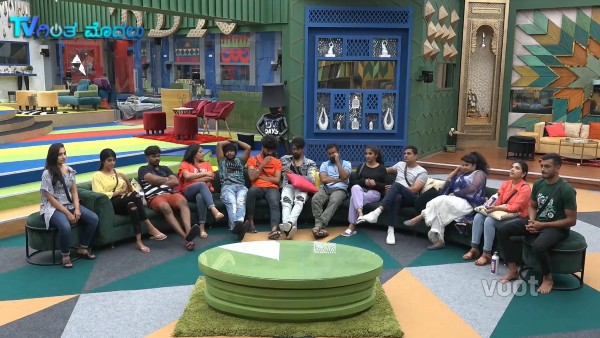 Later, Bigg Boss calls captain Aravind in the confession room and shows him a video clip from last week’s hostel task to clear out his misunderstandings. Aravind realises that Nidhi Subbaiah didn’t pester Prashanth Sambargi in the best contestant’s decision. A stunned Aravind is later is seen apologising to Nidhi for misunderstanding her. The duo clears the air whilst discussing Prashanth’s behaviour in the garden area. 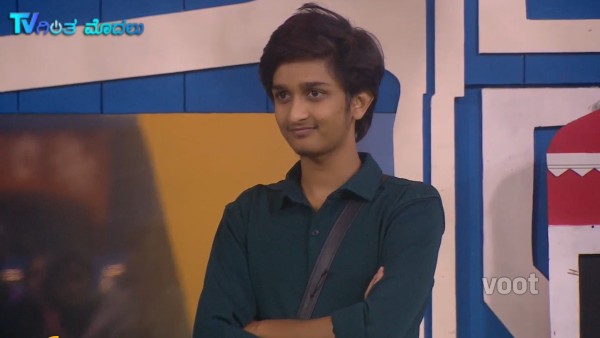 This is followed by BB providing the next challenge and we see the housemates opts to play for washroom toiletries. Prashanth, Nidhi, Shubha Poonja and Chakravarthy Chandrachud are chosen for the game by the captain. However, in spite of their sincere efforts, the housemates fail in the task and are unable to get their toiletries.