The July 26 episode of Bigg Boss Kannada 8 begins with Chakravarthy Chandrachud apologising for his offensive hand gesture towards Priyanka Thimmesh. Host Sudeep had expressed disappointment in Chakravarthy’s behaviour in the weekend episode.

Around 6 in the morning, the housemates wake up to the sound of a telephone ringing in the garden area. Prashanth Sambargi and other contestants are seen entering the phone booth whilst trying to figure out the given task.

Shamanth Gowda receives the first phone call and he is given some instructions from Bigg Boss on the call. BB is seen enquiring about Shamanth’s sleep. He also asks him to say the 19 table and sing a song before going back to sleep. 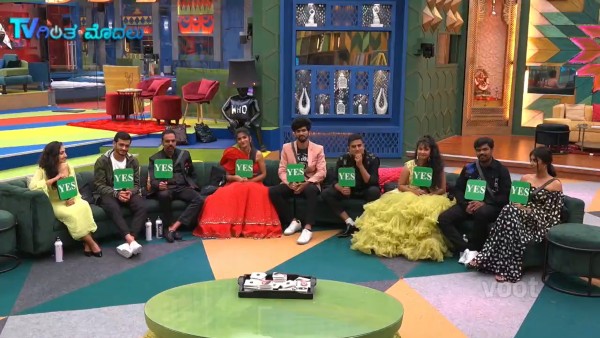 The next morning, Bigg Boss gives another interesting activity to a few housemates where they need to guess if the given items will float or sink in water. Manju Pavagad conducts the task on behalf of Bigg Boss while Shubha Poonja, Chakravarthy, Shamanth, Prashanth Sambargi and Divya Uruduga are the participants of the aforementioned. Soon, Bigg Boss calls Manju in the phone booth and enquires about the results of the game. BB then tells him that Divya Uruduga has won the game by 10 points.

This is followed by Vaishnavi receiving an interesting task from BB on the phone. He asks her find an item that belongs to Bigg Boss. He describes it as something small and which makes a lot of noise. Vaishnavi has to guess the item and can take help from the other contestants. She soon zeroes in a pestle and mortar from the kitchen area. 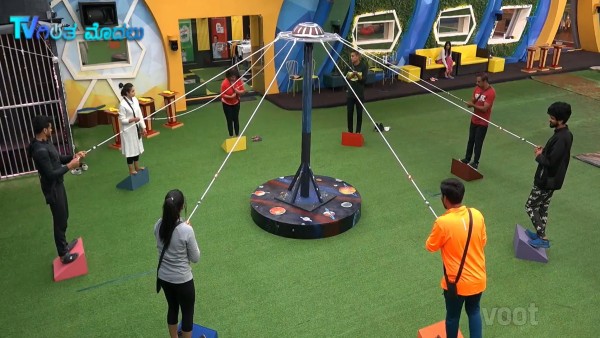 However, she soon receives another cryptic call informing her that she hasn’t found the right item. Bigg Boss then hands over the same activity to Shubha after Vaishnavi was unsuccessful in her attempts.