The July 29 episode of Bigg Boss Kannada 8 begins with housemates waking up to a song requested by Vaishnavi Gowda. Shubha Poonja is seen giving Manju Pavagad a haircut in the garden area.

Soon, Manju receives a task from Bigg Boss and he chooses Divya Uruduga as his opponent. Pavagad, who manages to win the given challenge, gets to choose one luxury food item as his prize. He opts for an entire grilled chicken whilst Shubha and Vaishnavi are seen razzing him in the background.

This is followed by Divya Suresh receiving a secret task by Bigg Boss. The actress must prevent Manju and Shubha from sitting on the bean bags. However, the actress fails miserably at completing the challenge. Meanwhile, the other contestants start receiving their luxury food items as well. Later, Manju receives a call from Bigg Boss after he complains about feeling sleepy. Bigg Boss decides to give him and Vaishnavi a fun job to help them feel more active. 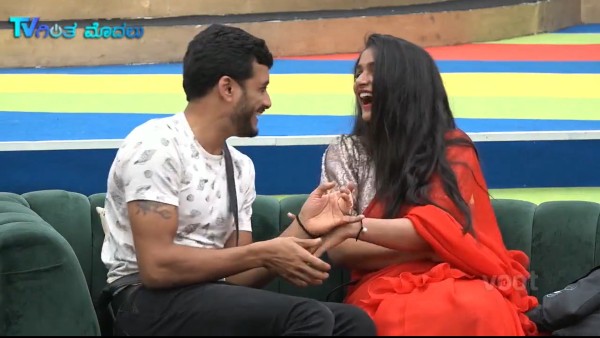 In the meantime, Divya Suresh receives the next luxury budget task and she chooses Divya Uruduga as her opponent. They both need to transfer notes worth three thousand from one box to another with the help of a scale. Divya Uruduga wins the game. As a result, Manju is seen reprimanding Divya Suresh for losing tasks.

Later, Bigg Boss asks the contestants to choose this week’s best and worst performers. Most housemates end up taking Divya Suresh and Aravind KP’s names as they have lost the most of tasks this week. Eventually, Divya Suresh receives the worst performer tag and is sent to the BB jail as part of her punishment. On the other hand, Prashanth Sambargi is named as the best performer of the week and receives a medal from Bigg Boss.