Bigg Boss Kannada 8 has concluded its journey mid-way due to the COVID-19 crisis. The makers decided to suspend the season after a lockdown was imposed in Karnataka until May 24.

The final episode of season 8 begins with Kanmani, the camera interacting with the housemates and asking them about their Bigg Boss journey. The contestants are also informed about the difficulties endured by the Bigg Boss crew in the past weeks in order to run the show. All the members gather in the living area to give a standing ovation for the BB team.

Soon, a few contestants get the letters they received from their family members. Nidhi Subbaiah, Aravind KP and few other members were unable to procure them as they had lost the given task a while back. Nidhi, Aravind, Priyanka Thimmesh, Raghu Gowda and Prashanth Sambargi thank Bigg Boss for fulfilling their wishes.

This is followed by everyone eating together at the dinner table one last time. Prashanth reveals that he is related to Rani Chenamma, and this surprises a lot of housemates. Chakravarthy Chandrachud and Priyanka also get into a small argument at the table.

Later, host Kiccha Sudeep sends across a video message from his residence. The actor addresses the ongoing crisis and tells the contestants that this was a tough decision to make, but it’s in the best interest of everyone. Sudeep also wishing the contestants the best of luck for their future and advises them to look after their health as well. He ended the message by stating that the makers will take a call about the future of the show and inform them very soon. 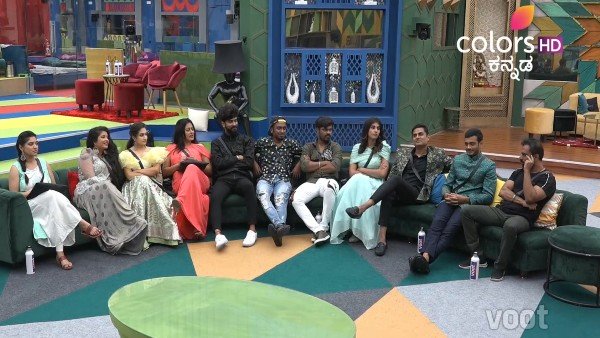 The contestants then get to see video clippings of their journey inside the glasshouse. They all express their gratitude to Bigg Boss and the makers for this beautiful opportunity. With just a few minutes left to spend in the house, the housemates come together in the bedroom area and make the most of each and every moment.

Soon, Bigg Boss announces that the contestants will exit the show one after the other, whilst the last one to enter the house will be the first to exit. Wild cards Priyanka and Chakravarthy pack their bags and exit from the main door one after another. This is followed by Prashanth, Raghu, Divya Suresh, Manju’s Pavagad and Shamanth Gowda’s exit. The remaining four contestants feel the emptiness in the house and are seen discussing their journey. 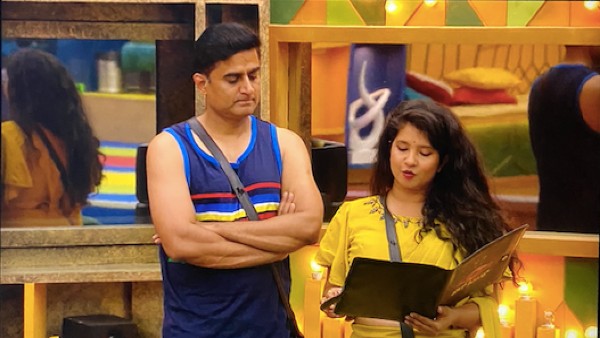 And then, Nidhi and Aravind head out as well leaving Vaishnavi Gowda and Shubha Poonja in the house. Bigg Boss plays a prank and Shubha as she ends up being the last one to head out of the house. The actress says she has no words to express her feeling about the BB journey. She bows down and thanks Bigg Boss and the audiences and bids the final goodbye.