The grand opening of Kichha Sudeep’s Bigg Boss Kannada Season 8 is all set to take place tonight. Fans have been eagerly awaiting to know about the celebrities who are likely to enter the house this season. And now, TOI has revealed a few participants who are confirmed to enter the BB house.

The much-awaited contestants' list includes some famous names including Geetha Bharathi Bhat to ​Kiran Srinivas. However, Bigg Boss Kannada 8 is also expected to have some surprise entries as well.

Geetha Bharathi Bhat has been touted to be a part of the show for quite some time now. Interestingly, reports suggest that she has already shot for her introduction video for the premiere. The actress who is fondly known as Gundamma by fans is best known for playing the role of an overweight girl in Brahmagantu.

Digital sensation Raghu Gowda aka Raghu Vine Store is also set to be a part of Bigg Boss Kannada 8. Raghu is an internet sensation who is known for his comic videos that talk about everyday situations of life. He became extremely popular, especially during the COVID-19 lockdown.

RJ Rajesh, who is fondly known as 'Love Guru' Rajesh, is a popular radio jockey. Rajesh who is all set to be one of the contestants of Bigg Boss Kannada 8, shot to fame for his radio show which was all about love. He is known for his deep emotional voice that resonated with the youth of Bangalore in coping with love, loss, and life.

Vaishnavi Gowda, who became a household name after starring in the hit TV show, Agnisakshi, will be entering the glasshouse as a contestant. The actress is one of the most popular faces of Kannada television. She won the hearts of millions for her acting skills in her on-screen character 'Sannidhi' of Agnisakshi.

Nidhi Subbaiah will also be entering the reality show this season. The actress has been a part of many popular Kannada films and has also worked in Bollywood as well. 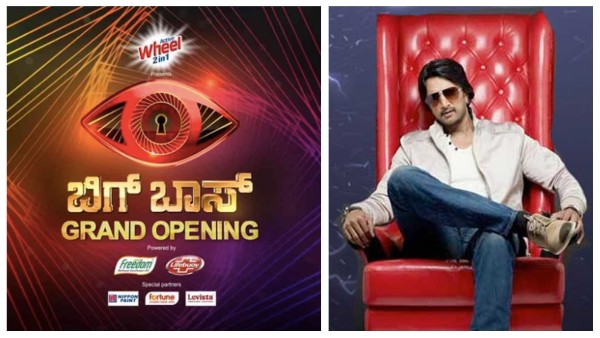