The May 7 episode of Bigg Boss Kannada 8 begins with Shamanth Gowda, Prashanth Sambargi, Shubha Poonja and Priyanka Thimmesh becoming this week’s captaincy contenders. This is followed by Bigg Boss announcing the captaincy task where the four contestants need to empty a box full of balls tied to their waists. Prashanth manages to finish the task first and becomes this week’s captain.

Bigg Boss congratulates him and he even receives a voice message from his son as a gift. Prashanth dedicates his captaincy to Divya Uruduga whilst addressing the house. He promises everyone that he will try to be less angry and emotional this week. Sambargi also attempts to mend Chakravarthy Chandrachud and Priyanka’s soured equation.

Later, Vaishnavi gets upset over Raghu Gowda’s comment during lunch. She walks out of the kitchen and locks herself up in the washroom. Shubha and Raghu are then seen mending their ties with the actress. For the unversed, Vaishnavi was also upset with Shubha and others who said that there was less amount of food cooked for everyone. Eventually, captain Prashanth gives Vaishnavi a break from the kitchen after she agrees to it. In her place, we see Shubha, Nidhi Subbaiah and others volunteer for the duty. 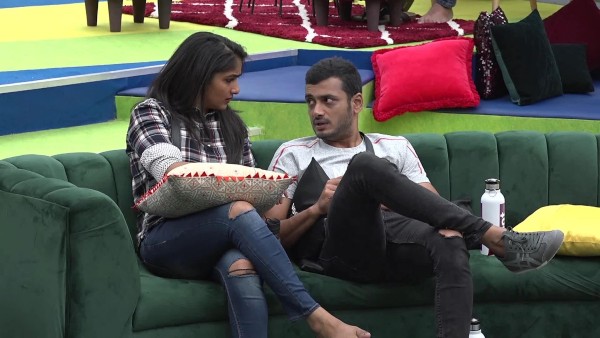 This is closely followed by Bigg Boss asking the housemates to choose this week’s best and worst performers. Most housemates take Raghu’s name for the worst performer tag as he had meddled with task equipment that resulted in the entire house being punished. For the unversed, the housemates have been barred from consuming tea and coffee until Bigg Boss’ next order. Meanwhile, all the contestants barring Nidhi Subbaiah take Prashanth’s name for the best performer tag.