The May 9 episode of Bigg Boss Kannada 8 begins with Vaishnavi Gowda sorting out her differences with Shubha Poonja. For the unversed Vaishnavi was upset with Shubha’s comments regarding her kitchen duty. She even tells Shubha about being upset with Raghu Gowda’s words as well.

Meanwhile, Chakravarthy Chandrachud is seen discussing with Prashanth Sambargi about his tiff with Priyanka Thimmesh. He tells Prashanth that he likes her but will completely stay away from her going forward. Later, Priyanka is also seen telling that she is very angry with Chandrachud.

This is followed by Nidhi Subbaiah singing a song from Kanmani as part of her task. For the unversed, the actress was required to please Kanmani in order to obtain a message from her home. Nidhi’s song gets composed with the help of Shamanth Gowda and carries Chakravarthy’s lyrics. However, a comment of Nidhi’s doesn’t go down well with Prashanth and he is seen expressing his anger in the bedroom area. 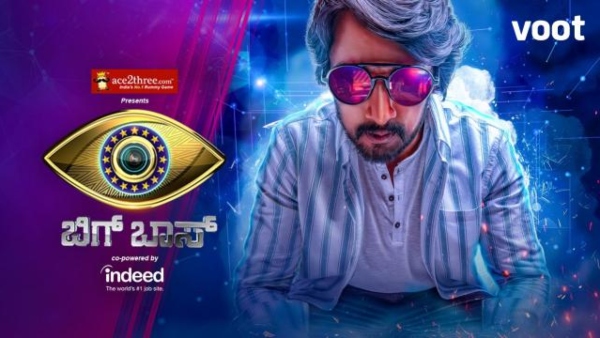 The next morning, Bigg Boss surprises Shamanth by playing his song as the wake-up call. An ecstatic Shamanth had been requesting BB for many days to play his song, and thanks Bigg Boss in the camera. This is accompanied by Nidhi receiving a voice message from her mother. The actress gets extremely emotional and is seen telling her mom that she loves and misses her a lot. 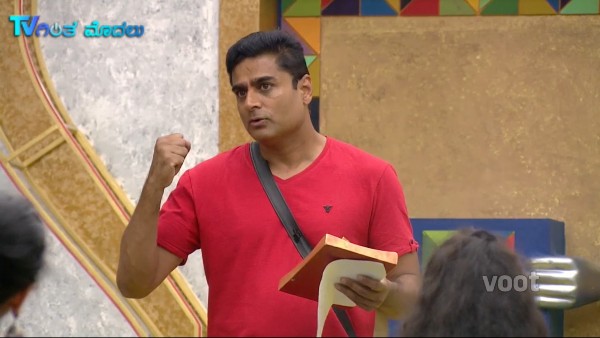 Later, while the housemates wait for the commencement of the elimination process, Kanmani the camera offers an unexpected surprise to the housemates. She tells everyone that Bigg Boss has asked her to conduct an award function first. Housemates bring the trophies from the storeroom area whilst Kanmani announces the categories. The first award for 'Blade Raja’ goes to Chandrachud as most contestants take his name. This is followed by Raghu receiving the 'slow-motion sundara’ award. The third honour of 'minching’ (shining) star goes to Divya Suresh.