Here's big news for all Yash fans. The Rocking Star's highly anticipated film KGF Chapter 2 is all set to release in theatres on July 16, 2021. Sharing an awe-inspiring poster of the film featuring the one and only Yash aka Rocky, the director Prashanth Neel tweeted, "#KGFChapter2 Worldwide Theatrical Release On July 16th, 2021. #KGFChapter2onJuly16."

Well, fans and followers of the actor are highly thrilled with the release date announcement and are hoping that KGF Chapter 2 breaks all records with its massive theatrical release.

On a related note, the team recently wrapped up the climax shoot of the film in Hyderabad. A high-voltage action sequence featuring Yash and Bollywood actor Sanjay Dutt was also shot during this period. Notably, Sanju is playing the antagonist in the Prashanth Neel directorial. Reportedly, in the upcoming months, the team will be focusing on post-production as KGF Chapter 2 is heavy on VFX (Visual Effects).

For the unversed, the teaser of the film was released on January 7, 2020, a day before Yash's 35th birthday. Though it was initially planned to release on January 8, the unfortunate leak of the video forced the team to unveil the trailer without a delay. The 2-minute-16-second video has so far garnered 163+ million views and 7.8+ million likes.

On a related note, Prashanth Neel will next join hands with Prabhas for Salaar. On the other hand, reports are rife that Yash might collaborate with Kollywood director Shankar for a multi-starrer. 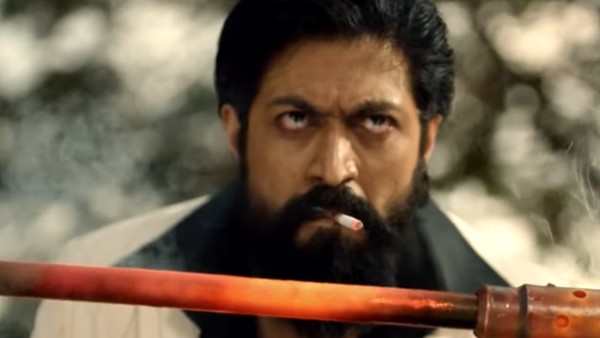 Also Read: KGF Chapter 2 Teaser Looks Fantabulous; Yash Aka Rocky Is Back With A Bang!