Sandalwood's Power Star Puneeth Rajkumar passed away at the age of 46 on Friday (October 29). The actor reportedly died due to a cardiac arrest. He developed chest pain in the morning following which he was taken to Bengaluru's Vikram Hospital. In an official statement released by cardiologist Dr Ranganath Nayak, Vikram Hospitals, it was stated that the actor was brought to the hospital in an unconscious state and his heart had stopped working.

It is also mentioned that despite several attempts, Puneeth continued to be non-responsive and the team had to stop resuscitation measures at 2.30 noon. After declaring dead, the actor's family requested Narayana Nethralaya (Super Speciality Eye Hospital) to collect Appu's eyes as promised earlier. 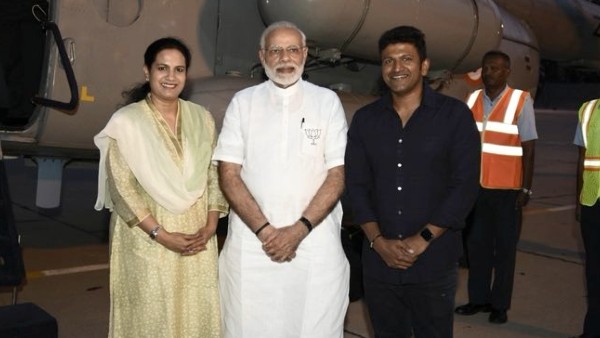 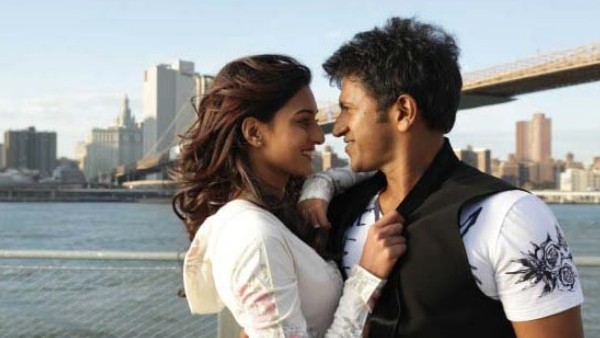 Well, Puneeth Rajkumar's death has left a void in the film industry which can never be filled. His friends, colleagues and millions of fans are expressing shock and grief while grappling to come to terms with the shocking news. As the world mourns the death of the renowned actor, moreover a great human being, we take a look at his unmissable pictures with south celebrities, with whom he shared a warm camaraderie and always met them with a bright smile on his face.

Mohanlal and Puneeth had shared screen space in the 2015 film Mythri directed by Giriraj.

Did you know Jr NTR has crooned for Puneeth Rajkumar's Chakravyuha?

A happy picture with SS Rajamouli.

Allu Arjun and Puneeth at the launch event of latter's 2010 film Jackie.

An old picture of Puneeth with Rajinikanth.

Parvathy and the Sandalwood actor had worked together in Milana (2007) and Prithvi (2010). A beautiful still from Prithvi.

When Dhanush and Puneeth twinned for an ad.

Puneeth, Yash and Shiva Rajkumar during the pre-release event of Bhajarangi 2. The snap was taken hours before Appu's unfortunate death.

A love-filled picture of Puneeth and Kichcha Sudeep.

Puneeth and Thalapathy Vijay during an audio launch event.