The last rites of Puneeth Rajkumar, the power star of Kannada cinema who passed away on October 29, Friday, were held at the Kanteerava studios today. The 46-year-old breathed his last following a massive cardiac arrest, leaving the entire country heartbroken. Puneeth Rajkumar's funeral was held with state honours, and the multi-faceted talent will now rest forever near his parents.

Puneeth Rajkumar's funeral was initially supposed to be held on Saturday evening after his daughter Vanditha returns from the US. However, it was later postponed to Sunday, as performing the last rites after 6 PM in the small space was impossible. As per the reports, Puneeth's mortal remains of the actor, which were wrapped in the National flag, were taken to Kanteerava Studio today morning around 6 AM, today. 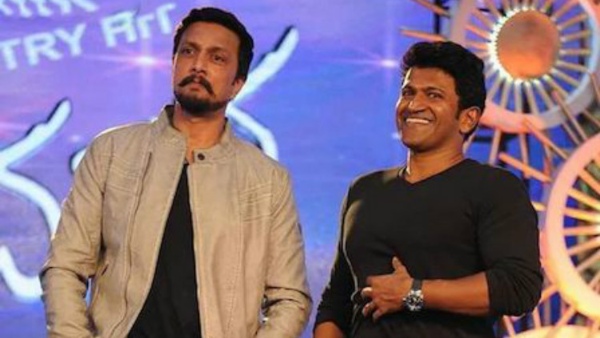 Puneeth Rajkumar Is No More: Sudeep Remembers The Power Star With An Emotional Post

Along with the family members, fans, and film industry members, Karnataka Chief Minister Basavaraj Bommai and other dignitaries attended Puneeth Rajkumar's last rites at the Kanteevara Studios. The Chief Minister stated that the power star's tragic demise is a personal loss for him, and remembered interacting with him ever since he was a little boy. 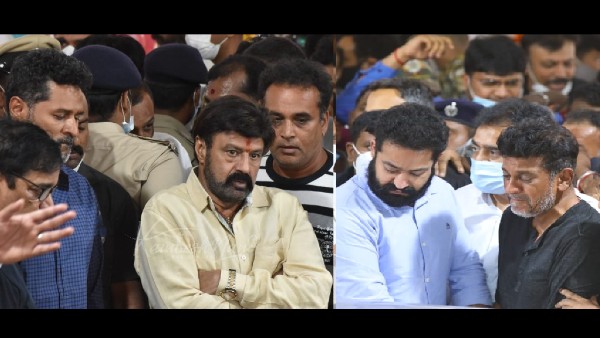 As reported earlier, Puneeth Rajkumar suffered a massive cardiac arrest on Friday, while he was working out at his personal gym. According to Dr. Ramana Rao, who treated the actor first, his BP and heartbeat seemed to be normal initially. But the actor was later rushed to the Vikram Hospital, Bengaluru, where he breathed his last.

Puneeth Rajkumar was born as the fifth and youngest child of legendary actor Rajkumar and renowned film producer Parvathamma. Renowned actors Shiva Rajkumar, Raghavendra Rajkumar, Poornima, and Lakshmi are his elder siblings. The actor is survived by his wife Ashwini Revanth and daughters, Vanditha and Dhruthi.