Puneeth Rajkumar's untimely demise on November 1 has left everyone in shock and heartbroken. The actor was 46 and is survived by wife Ashwini Revanth and daughters Vanditha and Dhruthi. His elder brother Raghavendra Rajkumar revealed that the late actor's spouse is inconsolable and not in a position to talk.

Puneeth had been married to Ashwini for over two decades. Here's a look at their love story!

How Did Puneet & Ashwini Meet & Fall In Love?

Puneeth and Ashwini met each other through a common friend after he completed his studies. After being friends for a few months, he knew that she was the one for him and proposed to her, and apparently, she immediately agreed.

Puneeth Had Said 'I Still Remember How Nervous I Was...'

The actor was quoted by Metrolife as saying, "I still remember how nervous I was to broach the subject of my marriage with Ashwini to my parents. I had never spoken to them so freely and openly about such matters. It was the first time I stood before my father and told him I wanted to marry this this girl I loved."

Ashwini Made Sweets For Rajkumar

Puneeth got married to Ashwini in a grand wedding ceremony on December 1, 1999. Apparently, initially, the idea of a joint family and nothing less than 30 members in the house irked Ashwini, but later she adjusted and made herself at home. She said, "Appaji loved sweets and I would make sure that my weekends were devoted to making sweets and desserts for the family."

Puneeth Didn’t Give In Easily

Ashwini had said that she is a little egoistic, but that Puneeth didn't give up easily and brought her around and soon their differences became no differences at all.

Ashwini Was Proud To Be Married Into The Rajkumar Family

Ashwini had said that the love, affection and the sense of togetherness that the family taught her amazed her and that she was proud to be married into the Rajkumar family. 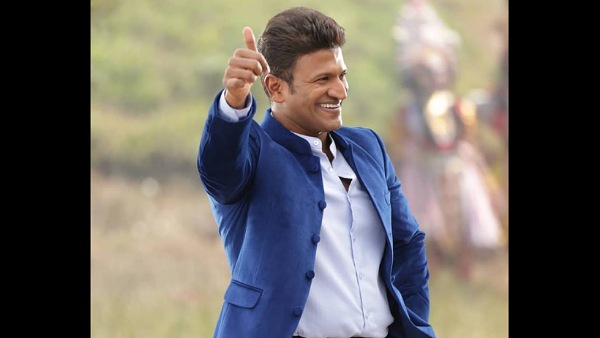 Puneeth Rajkumar, The Powerstar Who Will Continue To Remain In Fans Hearts Forever

Puneeth Had Said His Wife Is His Best Critic

Ashwini had revealed that she had watched enough of Rajkumar's films and had a great regard for him. She also confessed that she has only watched a few films of Puneeth. However, Puneeth had mentioned that his wife is his best critic, as she, at times, had mentioned when he had overacted in a particular scene or his dance/fight sequences were not up to the mark.