The trailer of Amazon Prime Video's much-awaited comedy-adventure One Cut Two Cut is out and it's everything we expected and more. The satirical comedy revolves around an art and crafts teacher Gopi (played by Danish Sait), whose first day at work becomes a task of saving the school which has been taken hostage by four radical social media activists. But that's not all in this joyride of a film.

With the ensemble cast of Danish Sait, Prakash Belawadi, Samyukta Hornad, Vineeth 'Beep' Kumar, and Sampath Maitreya, in pivotal roles, the film has so much more to offer than you would have thought. Here is a list of 5 things that we loved about the One Cut Two Cut trailer:

Danish Sait in a never-seen-before character & his third-time collaboration with Amazon Prime Video!

Danish Sait's antics as Gopi is certainly one of the biggest USPs of the movie along with the unique narrative which will keep the audiences hooked. After French Biryani and Humble Politician Nograj, One Cut Two Cut marks Danish's third collaboration with Amazon Prime Video. Interestingly, this film also marks the actor's second collaboration with PRK Productions. 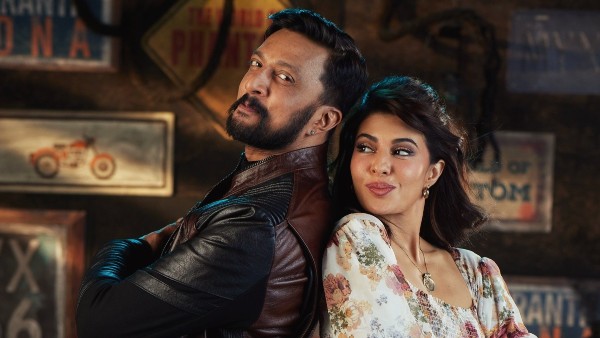 A unique story to strike a chord with audiences across geographies!

Besides the interesting setting of a school that serves as the backdrop of the film, what makes One Cut Two Cut special is its unique story that has the potential to strike a chord with audiences across geographies. The makers are glad to provide an opportunity to newer talent to bring their stories and entertain not just the Indian but also the global audience. And One Cut Two Cut has that potential.

In director Vamsidhar Bhogaraju's words, "One Cut Two Cut is our attempt to make a comedy adventure / comedic thriller, a genre less explored" on screen and that becomes the movie's biggest selling point. Danish's character Gopi deals with a serious situation while also addressing some pressing issues. The makers are sure that the audience will have a good laugh and will also have something to think about.

Puneeth Rajkumar, one of India's most celebrated actors and the producer of One Cut Two Cut, passed away untimely in October last year. Honoring Puneeth Rajkumar's legacy, One Cut Two Cut is one of three movies from PRK Productions that will premiere on Amazon Prime Video across 240 countries and territories.

Directed by Vamsidhar Bhogaraju, and produced by Ashwini Puneeth Rajkumar and Gurudatha Talwar under the PRK banner, Amazon Prime Video's One Cut Two Cut starring Danish Sait in the lead role, will stream on the service on February 03, 2022 in more than 240 countries and territories.