The august 22 episode of Bigg Boss Kannada OTT begins with Uday trying to explain his point of view to Chaitra. It must be noted that the latter was upset with the kind of humour he indulged in with Sanya.

Bigg Boss conducts the nominations in an interesting way this week by handing out gift boxes to the contestants. Some of them were lucky as they get to nominate in the confession room while the others had to take their names in front of everyone. After tallying up all the votes, Bigg Boss announces that Uday, Roopesh, Nandu, Aryavardhan, Akshata, Chaitra and Jaishree have been nominated this week.

He then asks captain Jashwant to directly nominate another contestant and Jashwant ends up taking Somanna’s name. An irked Somanna is seen telling Rakesh that the captain always nominates in retaliation. This is followed by Bigg Boss asking the contestants to choose three members to save from the nominated list. Jashwant wanted to commence immediately but the other members ask him to wait for Somanna as he was in the smoking room.

Eventually, Nandu, Roopesh and Akshata got maximum votes from the housemates. The Voot audience also ended up approving the aforementioned names. As a result, Bigg Boss gave them a task where they had to balance a rolling pin with their feet in the garden area. The task was eventually won by Nandu and she got saved from this week’s eviction. 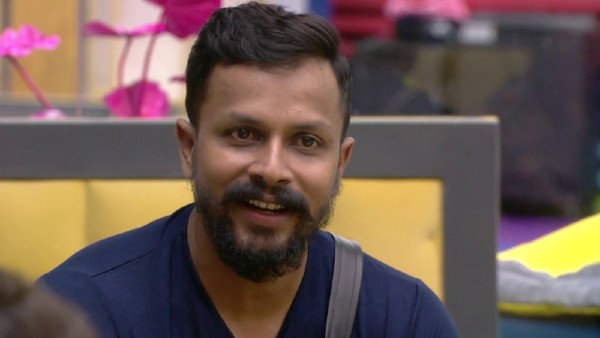 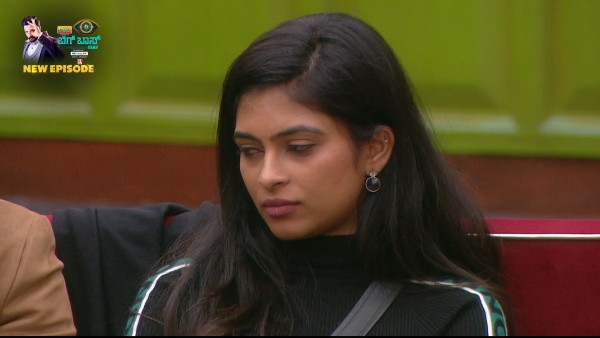 However, Sanya was upset about Roopesh’s ouster and believed that it was due to her mistake. Later, Jashwant and Somanna are also seen clearing up their differences. Jaishree and Chaitra, on the other hand, are seen questioning the captain’s decision-making in the task.