All eyes are on One Cut Two Cut. The Vamsidhar Bhogaraju directorial is the first film to release under late actor Puneeth Rajkumar's production house, PRK Productions, following its 3-project deal with the OTT giant Amazon Prime Video. The Power Star had always been a great admirer of new ideas and good talent. His incessant support to newcomers has also paved the way for several hit films like Mayabazar 2016, Law and French Biriyani and therefore, fans and followers are now eyeing the latest release hoping that it gleams on the OTT platform.

The film presents actor Danish Sait's sensational character Gopi introduced through his online videos which was a huge hit on social media. Following its huge success the director-actor duo teamed up to create a few similar and unique characters that were put together in an interesting situation, and the project was later titled One Cut Two Cut. Well, ahead of the film's release, director Vamsidhar talks exclusively to Filmibeat about the fun-filled film, the inspiration behind scripting it, social messages imparted through it and also his collaboration with Puneeth's PRK Productions.

Excerpts From The Interview

This all started out with Danish (Danish Sait) putting out the character Gopi on the internet. Gopi got a lot of love. In the very first video, Gopi asked people if anyone is keen on getting married to him and he actually received close to 600 emails, with people saying that they are interested. And then we thought..okay this guy is loved and we thought we will take Gopi and put him in an interesting situation and see what would happen and then we planned to put him in a school that has been taken hostage and that's how the whole story came about. 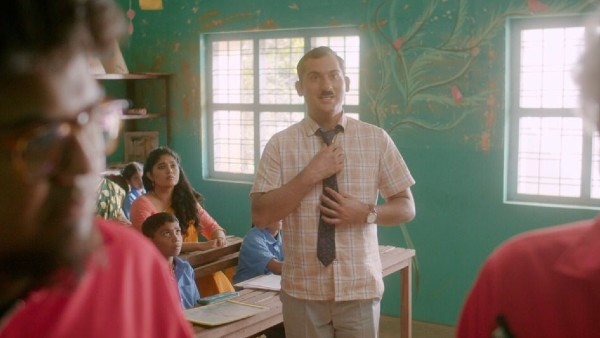 One Cut Two Cut: Danish Sait Talks About His Character In The Film, Says 'Gopi Is All Rainbow Colours' 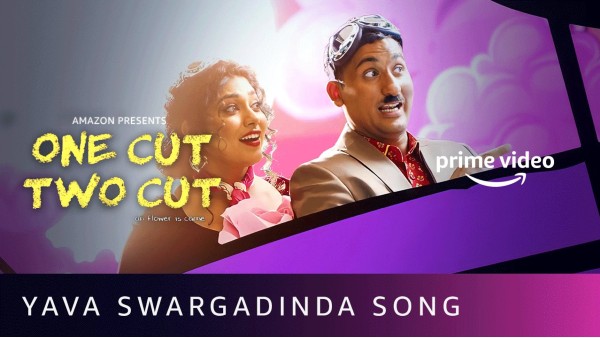 Ever since One Cut Two Cut's trailer and teaser were released, people have been categorizing it as an unconventional film. According to you what makes it stand out from the rest?

So this film is a comedy-drama. Apart from the laughs you also have an intriguing storyline. There are twists and turns. There is a love angle happening between Gopi and another teacher called Nagaveni. She is someone who Gopi fell in love with at the very first sight. But she had rejected him and he is trying to win her over. The school is taken hostage. So then he saves the school. There is so much happening in the film and it is just 90 minutes quick watch and we think it is very consumable.

The film is an adventure comedy-drama, and comedy itself is a genre that might sound easy theoretically but is highly complicated when it comes to practicality. In addition to that, there seems to have a lot of twists and turns in the content. What were the key challenges you faced while scripting and directing OCTC?

Danish and I have been collaborating for quite a bit now and most of the content we put out on the internet is very relatable. We stuck to that in the film with a lot of humour, what the viewers will see around them and if they were to not look at it in a serious way, then it feels very funny.

So while there is a lot of drama happening in the film, there is a lot of real humour that is happening through it and we had a lot of fun doing that, because the best part about the film was writing interesting characters. So every character is a selfish, delusional individual and all of them are just thinking about themselves and not about the bigger picture. So that was the most exciting part of it- writing interesting characters and throwing them in interesting situations.

You have earlier collaborated with Danish Sait and it must have been a homecoming for you. So what was the feeling like?

Danish and I have been working for quite some time together now. His very first film Humble Politician Nograj released on Amazon Prime Video and I was also a part of it. I was the dialogue writer of the project. So I've worked closely with him since then. During the pandemic, we were literally working together every day, putting out lots of content, having a good time and enjoying the fact that people are having a good time and now with this film, writing the story together with him and then bringing it to life and the fact that it is now going to come on Amazon Prime Video and will be available for people in around 240 countries, it is fascinating and a dream come true.

The film is a laugh riot born out of a serious situation and the people involved in it especially Gopu Sir. Will there be any compelling takeaway for the audience?

There are a couple of strong messages in the film. One is about the whole educational system, how kids need good education and a good environment to study in and there is also another message that is to not take yourself seriously. Take it easy and have a laugh. Have a smile and move along.

One Cut Two Cut is all set to premiere on February 3 on Amazon Prime Video. What are your expectations considering that it is coming out from Puneeth Rajkumar's production company PRK Productions and there are high hopes pinned on it?

We are extremely grateful to PRK productions- Appu Sir, Ashwini ma'am and everybody else at the PRK Productions, because when they read the script they liked it and immediately green lit it. They encouraged us in pushing ourselves. A lot of value adds along the way. They were really empowering. And the fact that there is so much love for the production house and a lot of goodwill, we hope we do justice with the product. We hope the audience enjoys it as much as we enjoyed making it.