Kantara, one of the sensational films made in Kannada, written, directed, and enacted by Rishab Shetty is all set for its digital release in Hindi. The makers have locked the Kantara Hindi OTT release date as December 9. One of the OTT giants Amazon Prime Video, which is already streaming the south language version of the movie will now start streaming the movie from December 9 in Hindi. 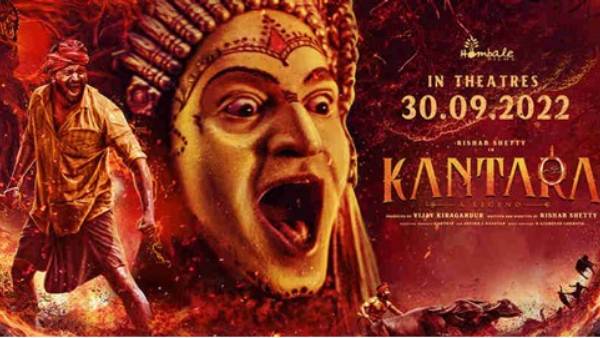 Kantara, at its very heart, is the story of man and his greed. Set up in the village of Kaadabettu, in the northern Mangalorean region, Kantara explores the conflict between man and nature, expressed with the amalgamation of culture and traditions of the region. The movie was made on a decent budget of Rs 16 Crore and made more than Rs 400 Crore from all over the world from its theatrical run.

Sapthami Gowda was the film's female lead, who played the role of a female Forest Guard Leela. Achyuth Kumar, Kishore, Vinay Bidappa, Prakash Thuminad, Pramod Shetty, and Shine Shetty were a few actors in the film who played crucial roles. The movie was originally made in Kannada and due to its popularity, it was later dubbed and released in Telugu, Tamil, Malayalam, and Hindi.

The movie was dated back to the 1990s. Rishab drew his inspiration from a real-life incident that happened between the forest officers and people of Keradi, his hometown. The story and pre-production was done in 2021, during the lockdown period. Rishab was quoted saying that he likes to make movies close to nature and his roots. His motto was to explore the myth and legend of the Uttarakannada region, where he belongs to and take it further to an international platform. Rishab has no plans to make pan-India films and is a believer in the more the movie is grounded to its roots, the more international appeal it gets.

Produced by Vijay Kiragandur under the Hombale banner, who made KGF 1 & 2, Kantara has music by B Ajaneesh Loknath. Arvind S Kashyap cranked the camera for the film, and editing was done by KM Prakash and Pratheek Shetty.