Power Star Puneeth Rajkumar's demise left everyone in a state of shock. The actor passed away on October 29, 2021 after suffering a major heart attack. It has been months since the actor left for his heavenly abode, but his aunt Nagamma doesn't know that her dear nephew is no more.

According to a News 18 report, Nagamma, aged 90, is thespian Dr Rajkumar's sister. She is the eldest in the family and very fond of Appu. Apparently, she looked after Dr Rajkumar's children when they were young, and Puneeth was her favourite nephew. The actor used to often visit her in their ancestral home in Gajanur. As per the report, till date, Nagamma is unaware that Appu is no more. The entire Rajkumar family has maintained this secret because, as a family member revealed, she won't be able to bear the news.


The family member also shared how they have managed to hide it from her till now, and revealed that whenever she asks about Puneeth they tell her that he is away for an outdoor shoot, and play his movies for her.

"Whenever she misses Appu and asks for him, we say he is on an outdoor shoot in a different country and will be back soon. We play his movie and she happily watches him onscreen. We have been managing like this all this while," said the family member.

The family member further revealed, "A few years ago, when Raghanna (Raghavendra Rajkumar, Puneeth's elder brother) suffered a heart attack, she couldn't bear the shock and was hospitalised. She looked after them like her own children. She definitely cannot bear the news of Appu's death. So we do this."

The Gajanur house is Dr Rajkumar's ancestral home and it is being said that the family hasn't put a garland on Puneeth's picture to hide his death news from Nagamma. And if any neighbours or villagers visited them, the family made sure that they don't speak anything about Appu with her. Recently, Raghavendra Rajkumar visited his aunt and he continued to maintain the secret. 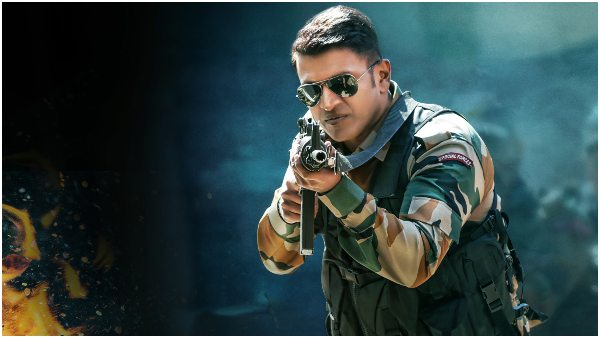 James Movie Review: In A Film That Gives Message Of Friendship, Puneeth Rajkumar Emerges As One Man Show