James, the final feature film by Puneeth Rajkumar has been released today (March 17). Fans have been visiting the theatres with an emotional heart as this happens to be the Power Star’s big release on the silver screen after his untimely demise. And we are happy to report that they haven’t been let down by the writer and director Chethan Kumar.

James narrates the story of a guy who is on a mission to destroy gangsters who have been spreading terror with their corporate-style international drug mafia. In between, the commercial film presents a few twists but the key highlight that makes this movie a special one is Puneet Rajkumar.

Santosh (Puneeth Rajkumar), a powerful man in a security agency named J Wings, is hired to provide security to an international drug mafia gangster. Even though his job was to provide security, how the lead protagonist manages to secure the law and destroys the drug mafia forms the crux of this stylish thriller. 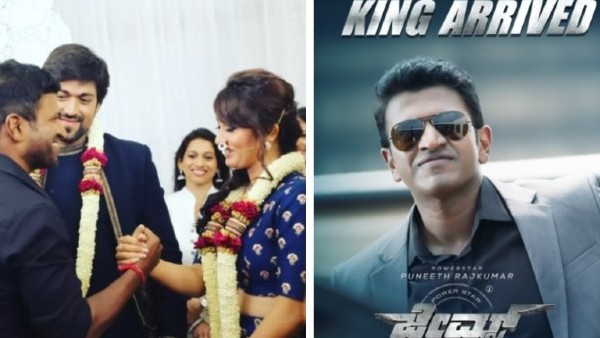 
Appu is a one-man show in the movie. The superstar’s entry will make fans flock to the theatres. Santosh (Puneeth Rajkumar) is unstoppable no matter how many villains come in his way, he manages to destroy them with utmost ease and swagger. However, to know the reason why the hero starts a security agency and provides protection to the drug mafia gangsters, you need to watch the movie.


There are also some twists in the movie, including a flashback of the security agency and there is a message of friendship as well. The film also offers lavish sets and an army of corporate-style dressed villains. Puneeth Rajkumar has appeared in two different shades in the movie. On one side, he is seen laughing and dancing and on another side, his action scenes leave a lasting mark. 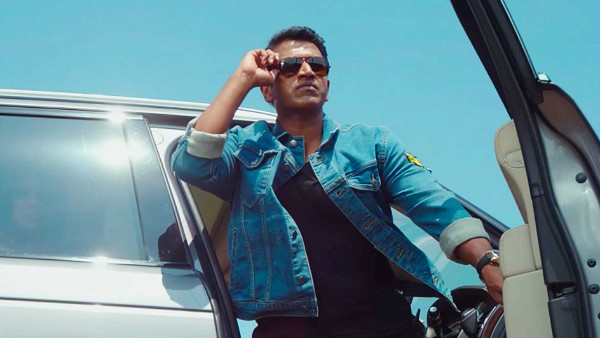 James Twitter Review: 10 Tweets You Must Read To Know How Puneeth Rajkumar's Film Is Performing In Theatres

The first half is filled with high-octane action sequences. When the flashback opens in the second half, the story goes awry. This second half segment is presented to answer the twist that comes in at the interval. It is only after the interval that the real message of the story is portrayed. There is a love angle in James, but it is not given much attention by the makers. As a result, lead actress Priya Anand doesn’t have much to offer to the narrative of the film.

There is also Sadhu Kokila in a comedy role along with Chinnanna, Shine Shetty and Tilak playing Puneeth's friends. The film has Rangayana Raghu, Suchindra Prasad and Anu Prabhakar in key supporting roles. Srikanth, Sharath Kumar, Aditya Menon and others play the villains and their huge number also gets confusing. Meanwhile, Shivaraj Kumar and Raghavendra Rajkumar make a special appearance in James.

The film’s music has been scored by Charan Raj and it is great. The camera work is also amazing. The profundity of the film is a sight to behold. Overall, James is a movie that will not disappoint fans of Appu.