In the latest episode of Koffee With Karan 7, Liger actors Vijay Deverakonda and Ananya Panday graced the show as guests. As expected, there were a lot of cheesy conversations during the show. Host Karan Johar asked Vijay about Samantha Ruth Prabhu (with whom Vijay will be seen in the upcoming movie Kushi) and Rashmika Mandanna (as there are rumours of him dating the actress). He also teased Vijay if he likes 'cheese' cryptically referring to a previous episode where Janhvi Kapoor and Sara Ali Khan both confessed to having a crush on Vijay and went on to refer to him as "cheese" on the episode.

To Janhvi and Sara's 'cheese' comment, Vijay said, "I am scared about where this is leading," and later said that they are really kind and sweet. When KJo asked whom he finds 'more hot' among the two, the South star said, "They are both attractive, young women." He mentioned that he has met Janhvi Kapoor a couple of times and called her cute, while he called Sara witty and funny.


When asked about the rumours of dating Rashmika, he neither confirmed nor denied. In fact, he refused to give his relationship status. About Rashmika, Vijay said, "We have done two films together at a really early stage in my life. She is a darling and I am really fond of her. We are really good friends. We share so much through films, lots of highs and lows. A bond gets created."
During the rapid-fire round, Karan asked Vijay who he thinks is a desirable woman in India, and the latter took Samantha's name. He called her an amazing and incredible woman.

Vijay described his relationship with the following actors as follows!

Puri Jagannadh: He is like let's do epic shit partner; he is like a father, guide and multiple things. I love him. 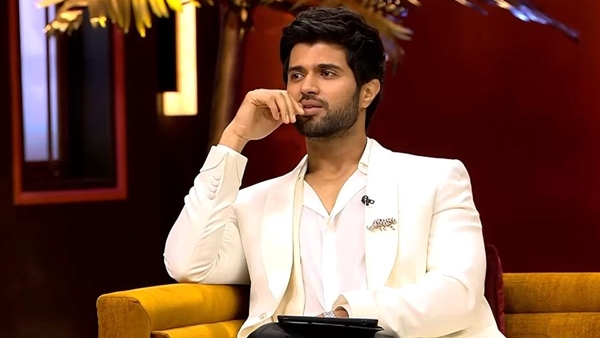 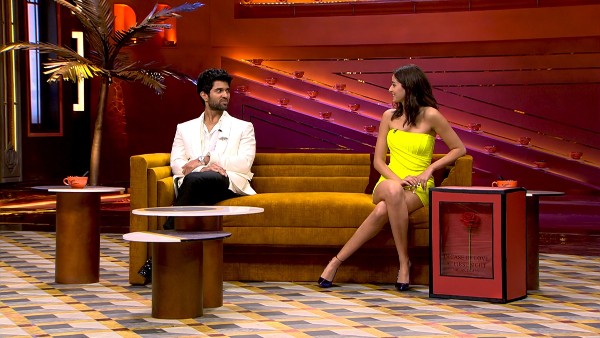 Rashmika Mandanna: She is buddy; she is special.

Samantha Ruth Prabhu: She is an incredible woman.