Plot: Moon Knight's episode 5 ended with Steven left to the sands of the afterlife. Marc is left alone without his emotional support in the field of reeds. Meanwhile, Harrow has found his way to Ammit's statue and Layla is hoping to stop him alone. 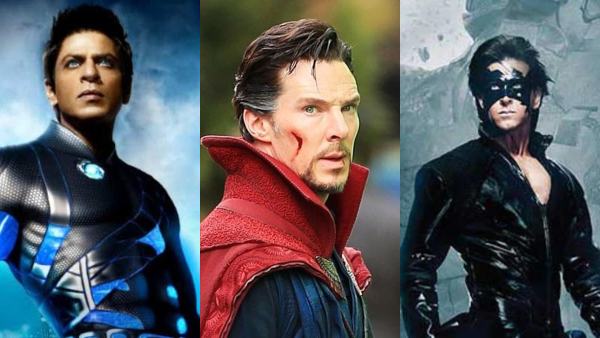 Review: In the finale episode of Moon Knight, the makers didn't just answer many questions but also left the ending open with a possibility of a return for season 2, or Oscar Isaac's return in other MCU projects as Moon Knight. After the emotionally hefty conclusion, Marc decides to leave the field of reeds, his well earned peace for Steven Grant and brings him back from the Duat. As they reunite, Marc and Steven are brought back to the living world right in time.

Meanwhile, Harrow after killing Marc, manages to find the statue of Ammit and brings it back into the world. Harrow whose scales are imbalanced seeks death, however, Ammit offers him to be his avatar. Layla who has been following Harrow through the desert manages to get her hands on Khonshu's statue and breaks him free. He tries to stop Ammit on his own but gets beaten badly until he senses Marc's presence in the living world. Back with his avatar, they two begin working together on equal terms to bring down Ammit.

Oscar Isaac in the final episode gives a new perspective, as both his characters are finally in sync with each other. The emotional scenes though short are impactful, thanks to his acting, which gives him plenty to do during the action scenes even with the suit's on. May Calamawy who plays Layla finally gets a chance to shine in the episode after being missing in the last two. While she has a small part to play, her pivotal presence makes up for the other lacking parts of the episode. Her interactions with Khonshu, Harrow (Ammit), and Tawarwet are thrilling and comedic.

Talking about Harrow, Ethan Hawke keeps the stakes high with his performance despite his character's questionable choices. The CGI version of Ammit is a tall beautiful and terrifying goddess who will also be seen locking fists with Khonshu in a giant Kaiju fight. However, it is not the center of attraction of the episode.

Layla, Harrow and Marc's fight comes to a personal conclusion, yet again hinting at the third personality in his mind, Jake Lockley. Jake Lockley finally makes an appearance in the post-credit scene raising hopes for the return of Moon Knight in one way or another. The scene also wraps up the season clean, making sure something bigger and better will happen in the follow-up project.

While the finale seemed rushed, it closed the third act well. It was Oscar Isaac's performances which helped to elevate the written material. The costume, sets and impressive visual effects deserve a well-credited nod as well as actress May Calamawy, who was missed in the episodes she was not a part of.

Overall, Moon Knight focused too much on teasing something better and treated the mini-series as an introduction to the world where gods and humans interact. The show is exciting nonetheless.