Shahid Kapoor is all set to play a cool artist in his OTT debut show titled Farzi. Directed by The Family Man fame Raj Nidimoru and Krishna DK, the show is reportedly a 'fast-paced, edgy one-of-a-kind thriller' set to release on Amazon Prime Video.

Amazon Prime Video India on Thursday (April 28) night took to its Twitter account and unveiled 40 titles set to release on the streaming platform in the coming months. In the list, the makers also unveiled the first look at Shahid Kapoor's digital debut show.

The first look photo features the actor sporting a rugged look. Shahid can be seen with a canvas working on a sketch. The wall behind him is filled with paintings possibly by Shahid's character as well. The description of the photo reads, "An artist who gets pulled into the murky high stakes of a con job and a fiery task force officer on the mission to rid the country of his menaces in a fast-paced, edgy one-of-a-kind thriller." 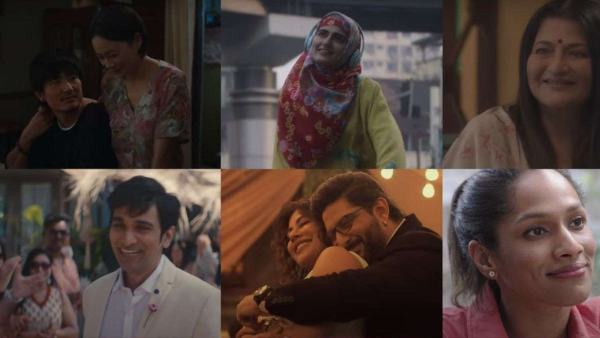 Earlier talking about making his OTT debut Shahid had said that he is very excited. Talking about Farzi he had told PTI, "It is a long form format. I was excited to see how I can build a character over eight to nine episodes in the first season. We will see what happens after that. But that is very different from playing a character which is two hour and pretty much in one stretch."