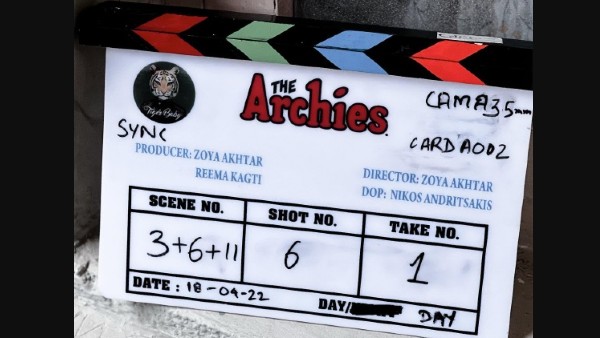 Sharing the teaser as a cast announcement on Twitter, Netflix wrote, "The sun is out, the news is out! Come meet your new friends. Presenting to you the cast of The Archies, directed by the fantastic Zoya Akhtar."

The film will also mark The Archies universe's first Indian adaptation. It is set to be a musical set in the 60s. The official logline of the film reads, "A musical experience bursting with youth, rebellion, friendships, first loves and everything young adult, still promises to have something for every generation. We can't wait to see the new kids on the block!" The announcement video has a music track by Ankur Tiwari playing in the background.

The leading cast Agastya, Khushi and Suhana look like their comic book counterparts Archie Andrews, Betty Cooper and Veronica Lodge. While Archie's famous red hair are missing, he did appear to have his locks curled in the character's style with a slight red tinge. Suhana sported long black hair and Khushi sported cute bangs. Meanwhile, Vedang will be seen playing Jughead.

The posters were also shared by the filmmakers and cast on their social media accounts. Zoya captioned the post as, "Get ready to take a trip down memory lane 'cause The Archies is coming soon only on @netflix_in 🥳"

The filmmaker had earlier said that the comic has been part of her childhood and teenage years and said that she wants to "make sure the film stokes the nostalgia of a generation that grew up on the comic and yet resonates with the young adults today." The Archies will stream on Netflix in 2023.