Vishu, the traditional festival of Kerala which is celebrated with much energy, has finally arrived. We all would be going around to wish our near and dear ones, a Happy Vishu!

Malayalam film celebrities too,took to their Facebook pages to wish all their fans on Vishu. Let us see how our celebrities wished their fans for this Vishu through Facebook.

With the advent of social medias like Facebook and Twitter, film celebrities have found an easy and much better way of communicating with their fans and followers.

And when it comes to special festivals like Onam and Vishu, they make it a point to come out to wish all their fans during the special occasion.

Even the fans of the stars would eagerly wait to see their favourite stars' special messages for the season.

Dulquer Salmaan, Mohanlal, Mammootty and Jayasurya gave their fans a very special Vishu Kani, by releasing the official posters of their upcoming films.

Prithviraj wished all his fans a happy Vishu and at the same time unveiled the trailer of his latest film James and Alice. 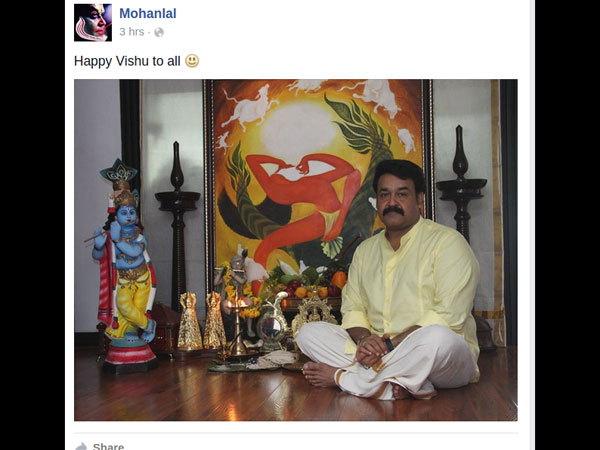 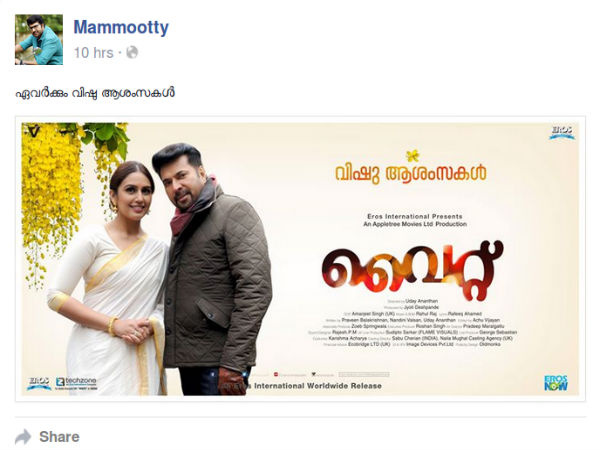 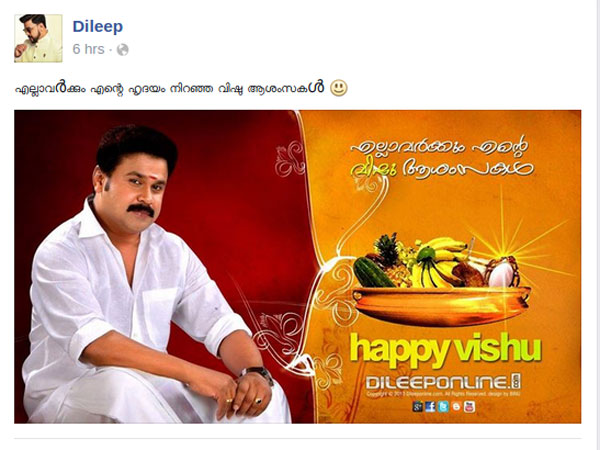 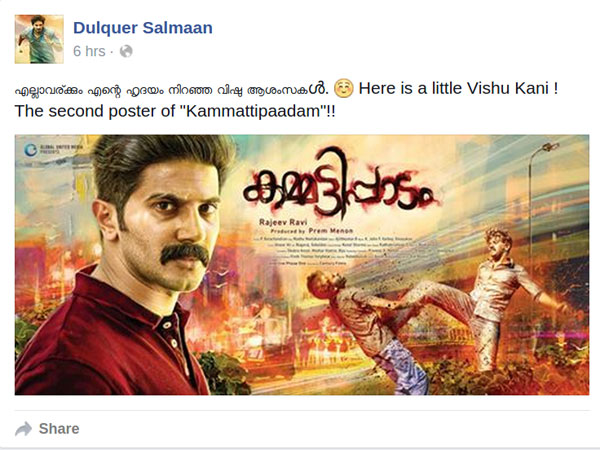 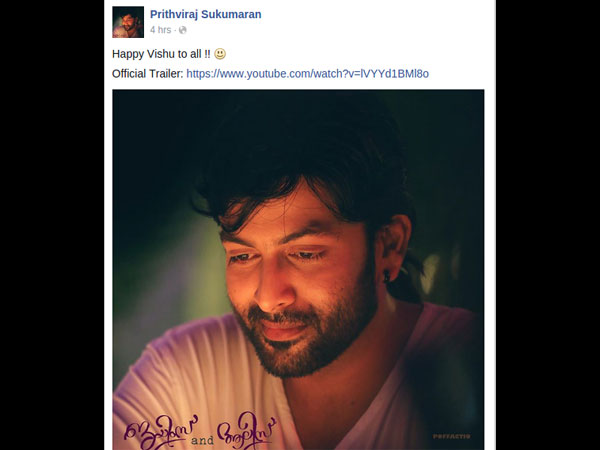 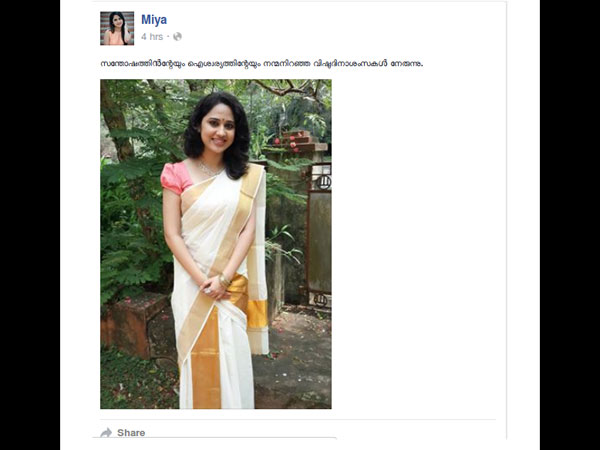 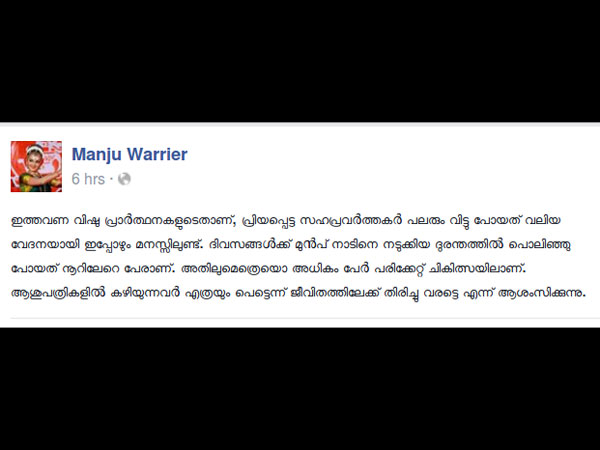 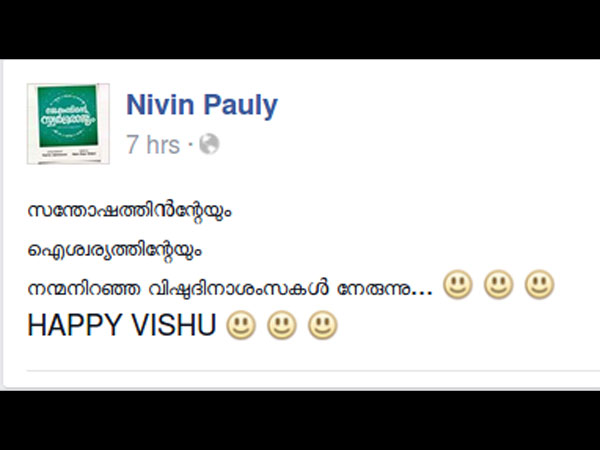 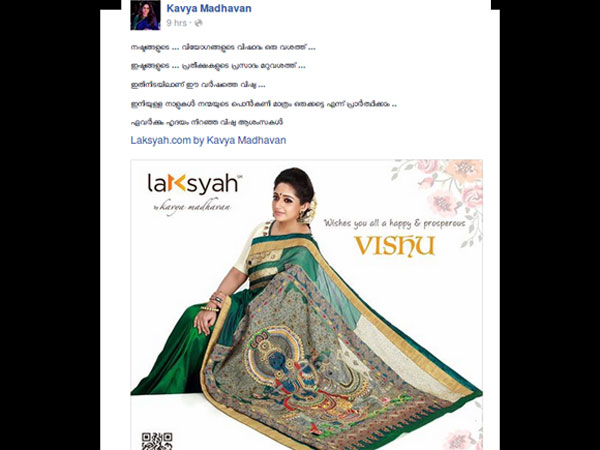 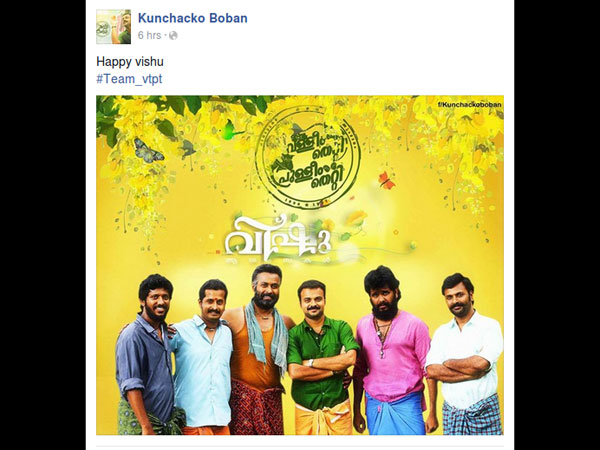 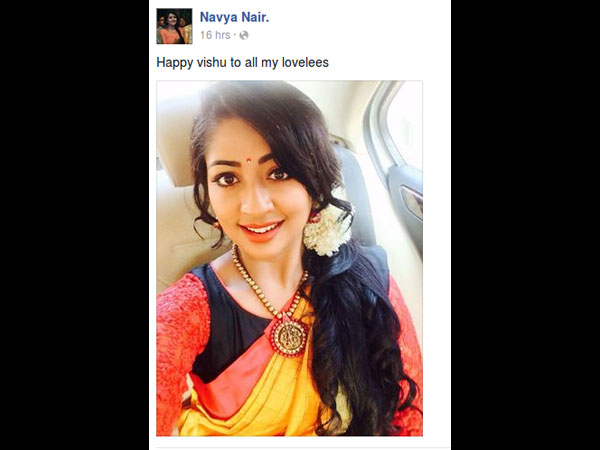 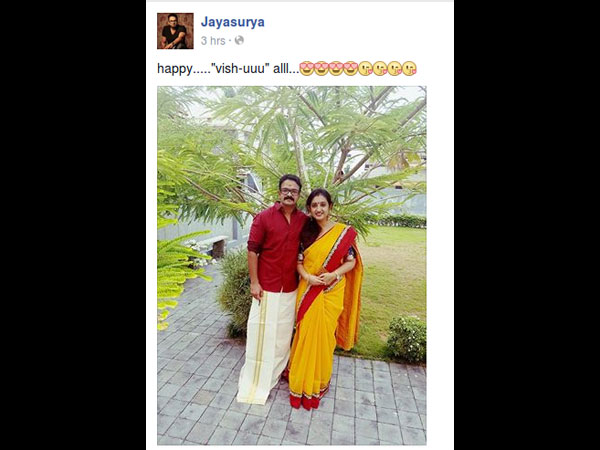 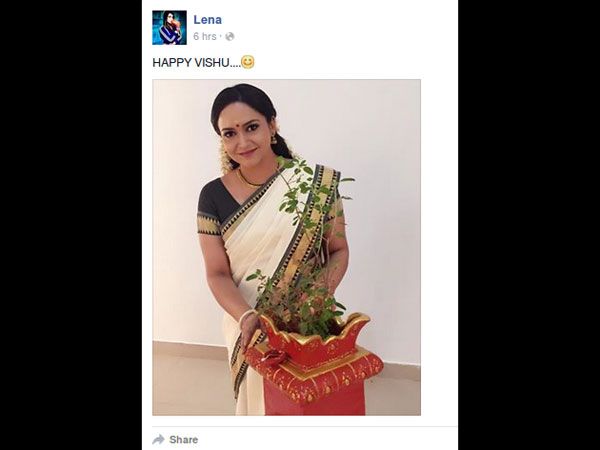 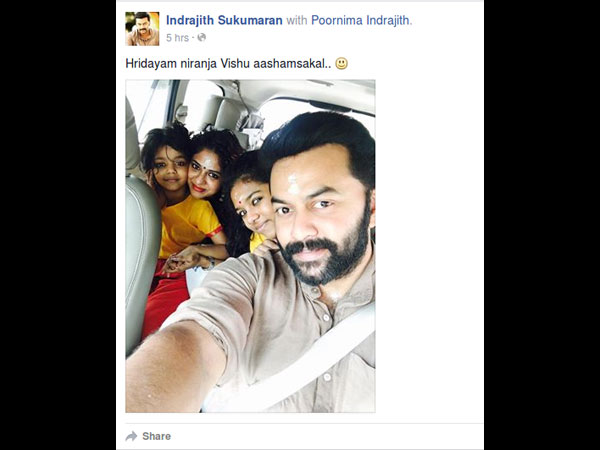 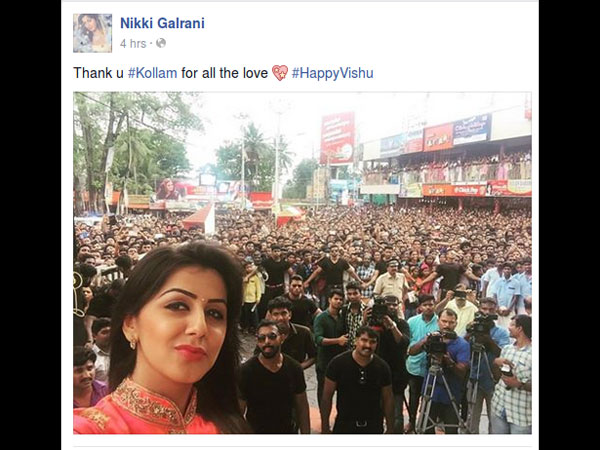 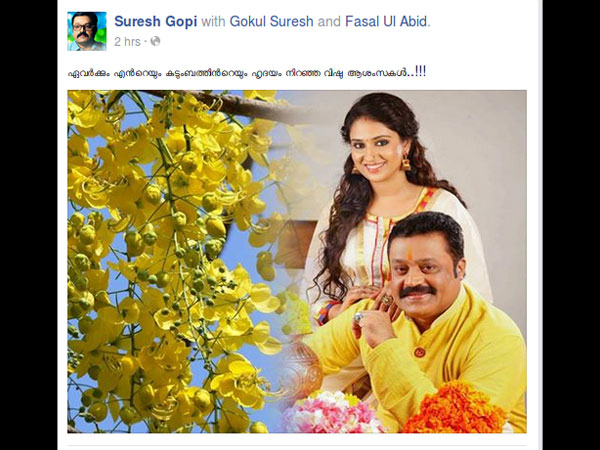