Madhura Raja has opened to very good reports in the theatres and the Mammootty starrer enjoyed a befitting start at the box office with the film fetching around Rs 9.12 crore on its opening day at the worldwide box office. The film enjoyed a grand first weekend in the theatres and on Monday (April 15, 2019), the film continued its fascinating run. Crowds have been pouring in large numbers to the theatres and the family audiences have lapped up this movie. In Kochi, the film is doing a super strong business both at the multiplexes and single screens. Reportedly, Madhura Raja has achieved a very unique record within a short span of time.

On Day 4 In Kochi

On Monday, which was the Vishu Day, Madhura Raja did a powerful business in the theatres with the film running to packed houses. From the multiplexes, the film minted around Rs 4.99 lakh at an occupancy rate of 95.16%.

Saritha theatre is one of the biggest theatres in the city as well as in Kerala with over 1,200 seats. Reportedly, Madhura Raja is running to packed houses in the theatre. Meanwhile, reports suggest that the film has achieved a very unique record out here.

On its fourth day, the film reportedly had a special midnight show at Saritha theatre due to the huge rush that the film. Reportedly, the midnight show was played at 11:45 PM. If reports are to be believed, it is for the first time that a film is getting a midnight show at this theatre and that too on the fourth day of the film's release.

Madhura Raja has been getting a fabulous reception. According to the reports doing the rounds on social media, the film had almost 50+ additional shows all over Kerala on its fourth day as well, which are indeed huge numbers. 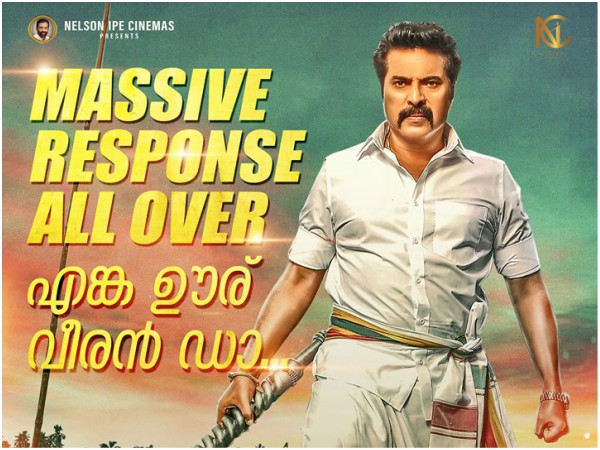