Sunny Wayne, who is one among the most popular and loved Malayalam actors, has entered the wedlock. According to the reports that have been doing the rounds, Sunny Wayne got married this morning and the ceremony was held in Guruvayoor temple. Reportedly, the marriage ceremony was held at 6 AM. Sunny Wayne himself took to his Facebook page to share a picture taken after the ceremony. Take a look at the picture here.

According to the reports, the wedding ceremony of Sunny Wayne was a private affair and it was attended by the close family members and few friends of the couple. Some of the pictures of the couple, from the marriage ceremony, have been doing the rounds on social media. Wishes have been pouring in for Sunny Wayne as well.

Sunny Wayne was most recently seen in the Malayalam film June, which fetched a whole lot of applauses. He had essayed a cameo role in the movie, which gained appreciation from various quarters. His performance as the antagonist in the blockbuster movie Kayamkulam Kochunni also gained praises from both the critics and the audiences. He has a list of promising projects in the pipeline with movies like Zam Zam, Anugraheethan Antony etc., in the lineup for release. 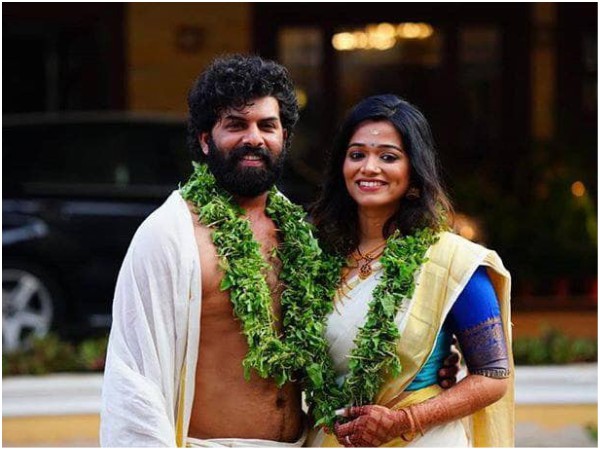