Mammootty and Mohanlal are the two prestigious gems of Kerala. They have been the two pillars of the Malayalam film industry and their fan base is something beyond descriptions. Their films are a kind of a celebration for the audiences and this season too has witnessed the films of these stars ruling the big screen. The respect that they hold for each other is something that the stars of the other industry should learn. In fact, it has been revealed that Mammootty has watched Mohanlal's most recent release Lucifer and it was Dulquer Salmaan who came up with this information. Read to know more details regarding this.

It was in a recent interview with RJ Mike that Dulquer Salmaan revealed this. He opened up that Mammootty watched Lucifer along with his family. Reportedly, they watched the film in the mini theatre at home.

In the interview, Dulquer Salmaan added that he couldn't watch Lucifer completely. He added that while the film was being screened at his home, he was listening to another script. He also added that he wants to watch the full movie.

Dulquer Salmaan was vocal about the good relationship that Mammootty and Mohanlal share. He mentioned that the love and affection that they hold for each other is really special and he has been left amazed seing that. He also added that he has been seing this since his childhood days and he has felt many a times why other people are making issues and fighting in their name.

The films of Mammootty, Mohanlal and Dulquer Salmaan are now playing in the theatres. Lucifer, Madhura Raja and Oru Yamandan Premakadha are the films in the theatres and all the three movies have been lapped up by the audiences. 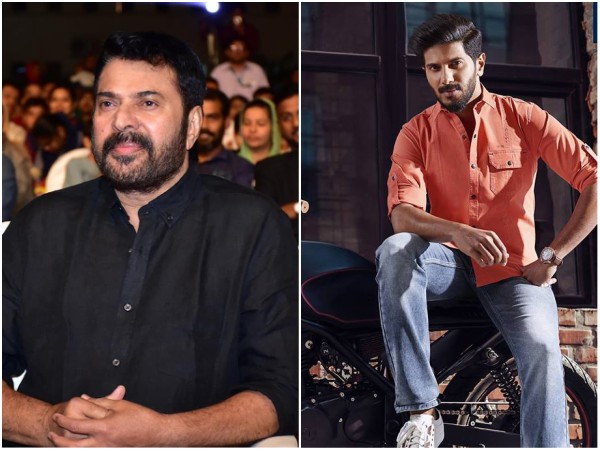 READ: Mammootty And Dulquer Salmaan Break The Internet With Their New Stylish Photos!