Last year, the young and charming Priya Varrier became the talk of the town due to her adorable wink in Oru Adaar Love. In fact, such was the craze surrounding the teenager that fans began referring to her as the 'National Crush'. Moreover, she became the hottest trend on social for some time much to the delight of fans. Following the girl's rise to stardom, the makers of Oru Adaar Love made her the focal point of the film, indicating that her future was set. Sadly for the young lady, Oru Adaar Love did not live up to expectations. To make matters worse, most critics ripped her apart in the most merciless way possible.

Now, it seems that the debacle has virtually ended her career.

No Offers From Mollywood

According to the latest reports, the bubbly beauty has not received any offers from Mollywood post the Oru Adaar Love debacle. Moreover, Omar Lulu and actress Noorin Shereef have made it clear that they are not on good terms with her. As such, she is unlikely to receive any support from the Oru Adaar Love team in the days to come.

Shortly after Omar Lulu implied that she was the reason for Oru Adaar Love's failure, Priya had hit back in style and said that many people would get into trouble if she spoke the truth. The buzz is that this remark has made things even harder for the young lady.

Priya Varrier's maiden Bollywood film Sridevi Bungalow too has turned out to be a nightmare for her. The film, reportedly based on actress Sridevi's controversial death, has upset Boney Kapoor and forced him to take legal action. The buzz is that this might affect her prospects big time.

As a result of these controversies, Priya has lost the support of a vast section of the audience. Most movie buffs make it a point to troll her on social media in the harshest way possible. All in all, the charming beauty has well and truly become 'Public Enemy No 1'. Given the negativity, it will be worth watching if she is able to bounce back in the future. 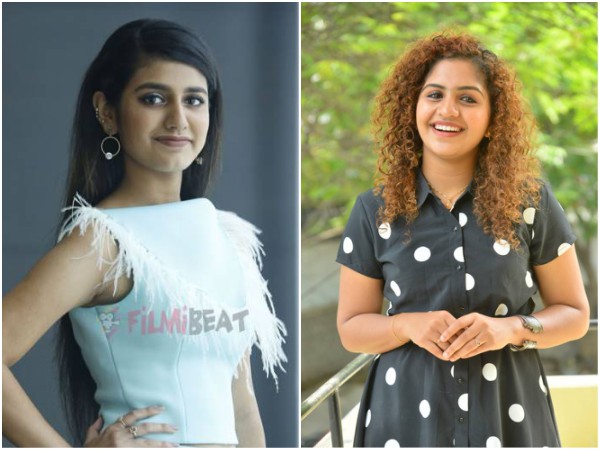 Are Priya Varrier & Noorin Shereef Not On Good Terms? The Wink Girl Speaks Up!