Priya Varrier is more than an Instagram star and the fact that she has bagged offers from Bollywood is proof of that. The young actress made her entry to the film industry with Oru Adaar Love, the film that released a couple of months ago.

It needs to be said that she has been one of the most trolled actresses as well with her Instagram posts and ad commercials often turning out to be the subjects for criticisms. Nevertheless, it is to be believed that these trolls have not affected her acting career.

If the reports doing the rounds are to be believed, Priya Varrier has signed her next film and that too in Bollywood. The reports reveal that Priya Varrier will be seen in a film titled Love Hackers, which will be directed by Mayank Prakash Srivastav. Reportedly, the film will be a thriller based on cyber crimes.

This will be Priya Varrier's next Bollywood movie after Sridevi Bungalow, the teaser of which has already come out. With back-to-back offers from Bollywood, Priya Varrier is definitely reaching newer heights. It seems like the actress is letting her work do the talking and it would be indeed a befitting reply to all the trolls. 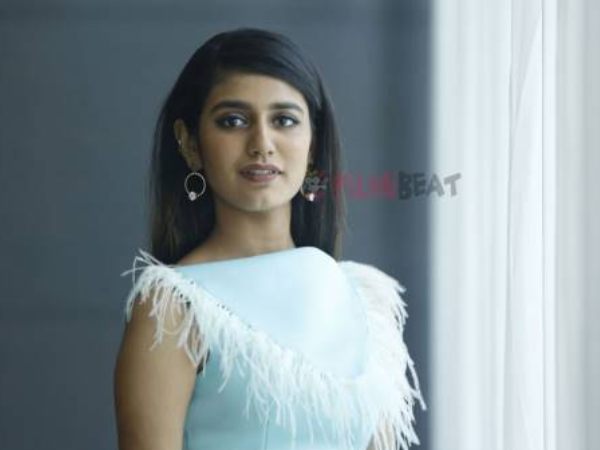 READ: Priya Varrier Gets Trolled Yet Again Due To This Particular Reason!