The one and only Mohanlal is arguably the biggest and most revered name in Malayalam cinema. The 'Complete Actor', as fans like to call him, enjoys an epic fan following, thanks to his remarkable versatility as a performer, down to earth nature and dashing personality. During what has been an illustrious career, 'Lalettan' has acted in several unforgettable movies which has established him as the face that runs the place. In 2002, he made his Bollywood debut with the critically-acclaimed Company and added a new dimension to his career.

Sadly, his second Hindi film Aag turned out to be a disaster of epic proportions which left his fans heartbroken. Thereafter, he acted in close friend Priyadarshan's Tezz which released in 2012. While promoting the film, he spoke to a leading website and made a few interesting revelations.

While talking about pursuing a full-fledged career in Bollywood, the veteran actor said that he is not interested in doing films there as he has nothing to prove.

"I have been working for 33 years there, and have over 300 films. Why should I have to prove anything in the Hindi industry? I am content and happy with my own language. If I get a good and irresistible role, only then will I do a film here. I don't want to prove anything," he added.

The star also said that he is not interested in acting in the Hindi remakes of his movies as there is no dearth of good actors in Bollywood. However, at the same time, he implied that Priyadarshan normally does a fair job of adapting his Malayalam movies to suit a wider audience.

"There are wonderful actors here so why should I come and do a remake here? He has to adjust to this set-up. It's a bigger market here, so he has to make it big and for that he has to sacrifice the emotional part, the subtle things. He has to add more volume like dances and songs, Bollywood is famous for that."

While Mohanlal has not done a Hindi film since Tezz, he still remains the 'Bigg Boss' of Mollywood. 'Lalettan' was last seen in Lucifer which did phenomenally well at the box office despite receiving mixed reviews. At present, he is gearing up for the release of Kaappaan which marks his return to Kollywood. He also has Ittymaani and Marakkar in his kitty. 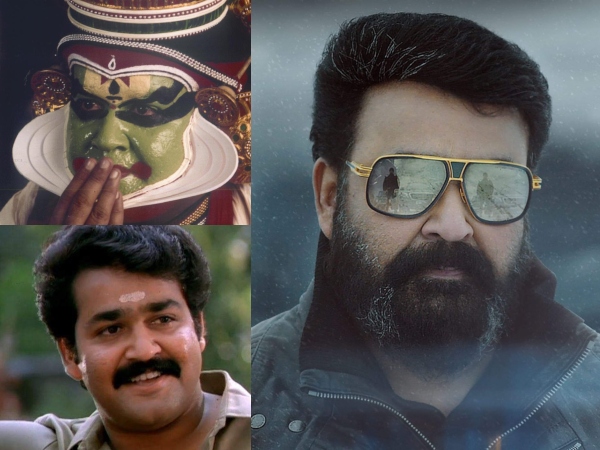 Mohanlal Birthday Special: Here Is Why He Is Called The Complete Actor!