Aditi Rao Hydari, the gorgeous actress is on a high with the great response she has been receiving for her latest release, Sufiyum Sujatayum. The audiences and critics have been heaping praises on the actress for her stunning portrayal of the character Sujata, a speech-impaired dancer.

In an exclusive interview with Filmibeat, Aditi Rao Hydari spoke about her first full-fledged innings in Malayalam cinema, what made her choose Sufiyum Sujatayum, how she is spending the lockdown time and much more.

You made your Malayalam debut in 2006 with the Mammootty-starrer Prajapathi. How does it feel to be back in Malayalam cinema after 16 years?

I don't look at it as a comeback to Malayalam cinema. Of course, I've been a part of Prajapathi, but never really ‘acted' in that film. I was a dance student back then, and I did the film as a dancer. I feel like Sufiyum Sujatayum is my first proper film in Malayalam as an actor. I have done films in Hindi, Tamil, and Telugu. I'm doing a Malayalam film after being in the industry for over 9 years, and it feels so good. I'm happy that I could start with such a sweet love story.

What was the one factor that attracted you to Sufiyum Sujatayum?

It was not just one thing, but there are so many factors. Firstly, it was a simple story, which is very eternal. When you hear a story like this, you believe that true love always finds a way. In a conventional way, they don't end up together, but philosophically they will be together for life. No matter how much they make you cry, bitter-sweet love stories are always special for the audiences.

The second thing was the fact that I get to play a speech-impaired girl, which I have never done before. I really wanted to explore such a character and I totally enjoyed playing it. It was great to not have any dialogues and totally rely on expressions.

Sujata is a challenging character in many aspects. How did you prepare for the role?

Sign language is a whole language in itself, and it takes time to learn it. I did a basic 10-15 days session with a sign language teacher from Kerala. He was a very kind person, and taught me with a lot of patience. Also, he was present in the sets throughout the shoot, and that was a big help.

Did your passion for dance help in playing the character?

Of course. I didn't have to take training in dance, since I've been dancing since I was 5. Also, you can't train to get the expressions right. It has to happen on its own.

Sujata’s costumes have already set a new trend among the fashion lovers. How did you finalise the look?

Honestly, the look was completely designed by Sameera Saneesh, the costume designer. I could understand why people love her work so much, because she is so professional and know her work so well. I believe that, to create a character you should also be involved in the look, because that adds so much to it. For Sujata, the only thing I had in my mind was that I will not use any sort of makeup. We decided to even avoid the eye makeup and used just a simple bindi.

Even though I had a very good team, I tried to do the hair myself as much as possible. For clothes, Sameera came to Bombay for the trials, and the only suggestion I gave her was to keep the paavada-dhavani look maximum. Because I felt it will make me feel more like Sujata, while a salwar-clad girl can belong anywhere. Also, I wanted to use a single pair jhumki throughout the film, to keep the character simple. The rest, I left to Sameera, director Shanavas, and DOP.

How was it working with the Sufiyum Sujatayum team, especially the leading men Jayasurya and Dev Mohan?

Every person in the cast of Sufiyum Sujatayum are established actors in their own ways, while I felt like a newcomer. It could be because I'm more familiar with Bombay and didn't know anybody in the Malayalam industry. When working with somebody with a lot of experience like Jayasurya sir, he knows exactly what to do in a scene. They are almost like directors and know what gesture to give just to elevate a simple scene. When you see it on paper, Jayasurya sir is not doing much in a lot of scenes. But when he appears on the screen, he changes the whole scene with just one look. It was the same with the actors like Siddique, Kalaranjini, Valsala Menon, Hareesh Kanaran, and so on.

Coming to Dev Mohan, he is of course new and needed a little guidance. But the most amazing thing about him was, he had lived with this script and his character for almost two years before we started shooting. And that makes a big difference. From growing his hair and beard for his look and learning the script, he probably knew the script better than any of us did. For the rest, the teamwork helped a lot. The film might have not worked if one actor shined and the rest don't. Director Naranippuzha Shanavas was very clear about what he wants and had a very philosophical way of looking at it. The DOP too has done an amazing job.

What do you feel about the success of Sufiyum Sujatayum?

I'm really really happy with the kind of response the movie is getting. It is a delicate, sensitive film. I knew that it is a beautiful love story, but didn't know how audiences would react to such a gentle film. Mostly in films, there is always some kind of turmoil, aggression, and drama. But in Sufiyum Sujatayum, the drama is very internalised.

So, the fact that people are liking it and watching it multiple times, the kind of messages and artwork on the film that we receive, are really amazing. The film is being watched by non-Malayali audiences, who told us that we will watch more Malayalam films now.

The audiences are already waiting for your next outing in Malayalam cinema. Are you considering any new projects?

I don't look at films based on which language it is from. What I look for, is a good story, a good director and actor, and a character I feel connected with. I like films which build a connection with the audiences and make them fall in love with us. Those are the kinds of films I want to do in any language.

Having said that, I grew up speaking Hindi, I can speak Telugu too, I can manage Tamil because I worked with Mani Ratnam sir and he taught me my lines. But Malayalam is very difficult. I'm dying to do more Malayalam films, but it will have to be something I'm able to handle. I don't want to let anybody down, or want people waiting for me on sets, so that I can get my lines right. I feel very responsible like that. Sufiyum Sujatayum was easy because I had no dialogues in the film.

But I definitely want to do Malayalam cinema because the content is so good here. The content is good in all industries these days, but Malayalam cinema has been making fearless content for so many years. And I would love to work with most of the actors in the industry. Let's see how it goes.

Being a highly creative person, how are you spending your time during this lockdown period?

I've been dancing and singing a little bit. I had learned Kalari as a kid and am now trying to brush up the skills a little bit. I'm into yoga these days and I'm practicing Ashtanga Yoga. Also, I learned to paint furniture. Also helping my cousin brother to set up his new home. Basically, I'm one of those people who can't sit quietly. 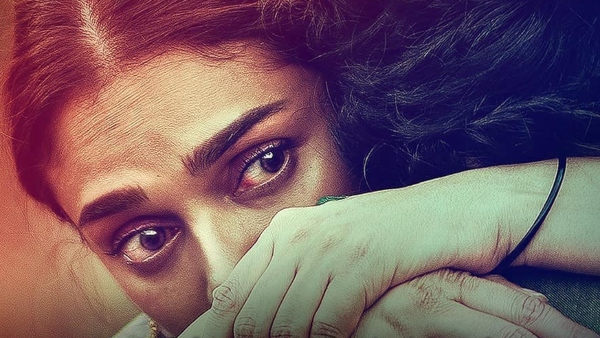 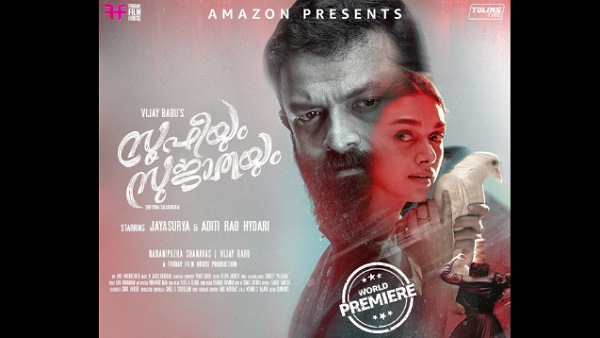