Helen, the Anna Ben starring survival drama is one of the most-loved Malayalam films of recent times. The movie, which was released in 2019, is directed by newcomer Mathukutty Xavier and produced by the multi-faceted talent, Vineeth Sreenivasan. Recently, the makers have officially confirmed that Helen is getting remade into four Indian languages.

The acclaimed movie is now all set to get remade into Hindi, Tamil, Telugu, and Kannada languages very soon. The sources suggest that the remake rights of Helen are bagged by the top production banners of the respective industries. The titular character Helen, which was brilliantly portrayed by Anna Ben in the original, is being reprised by some of the finest acting talents.

When it comes to the Hindi remake, Gunjan Saxena: The Kargil Girl actress Janhvi Kapoor has been roped in, to play the central character. The Hindi version is being produced by Janhvi's father, the senior producer Boney Kapoor, in association with Zee Studios. The highly anticipated project is expected to have an official launch very soon.

Keerthi Pandian, the young actress who rose to fame with the acclaimed movie Thumbaa, has been roped in to play the titular role in the Tamil remake. Keerthi's father, the renowned actor Arun Pandian will reprise the character played by actor-director Lal in the original. The Tamil remake of Helen will be directed by the popular filmmaker Gokul.

Even though the star cast of the Telugu version is yet to be finalised, the rumour mills suggest that Malayali actress Anupama Parameshwaran is likely to play the titular role. When it comes to the Kannada remake, the makers have not finalised the leading lady and the rest of the star cast. The official announcements on all the remakes are expected to be made soon. 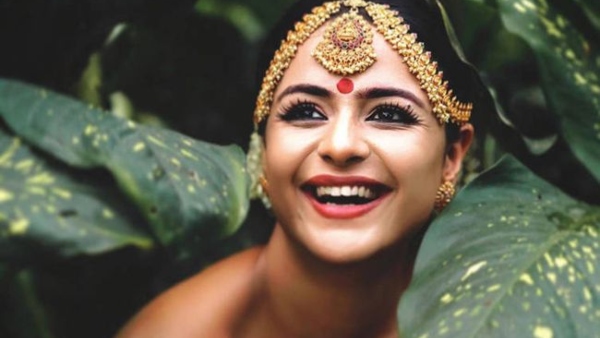