Bigg Boss Malayalam 2 is in its 10th week with 11 contestants (taking Amrutha Suresh and Abhirami Suresh as a single contestant) in the house. The week which started with unexpected twists and thrills, had its biggest shocker in Tuesday's episode. The house which turned into a high school for the luxury budget task, saw Rajith Kumar being suspended from the show.
Well, the news of his suspension and 'unethical' wrongdoing has not gone well with the other contestants as Amrutha-Abhirami, who were supporting Rajith since their entry in the show, and they were seen disapproving his badness.

Rumours are also rife that this might be a TRP stunt by the makers, who are gearing up for the secret room task. Usually, during this task, one or two contestants are taken to a special room where they would be able to monitor other contestants of the house. Going by the buzz, there is a probability that this might be a pre-planned task for Reshma and Rajith Kumar.

Talking about the incident that led to his suspension, the doctor who was essaying the part of a disobedient student had apparently rubbed chilli on Reshma Rajan's eyes as part of the game. Reshma, who had made a comeback to the house after suffering from an eye infection, was seen in pain after the application. Later, Rajith was called to the confession room by the Bigg Boss. The professor, who is known for his distinctive take and principles, was further spotted admitting the wrongdoing, to which Bigg Boss announced his suspension from the house.

This week, the Monday nomination started with a twist. Pashanam Shaji, Raghu, Daya, Reshma, Amrutha and Abhirami were on the list of nominations for eviction. 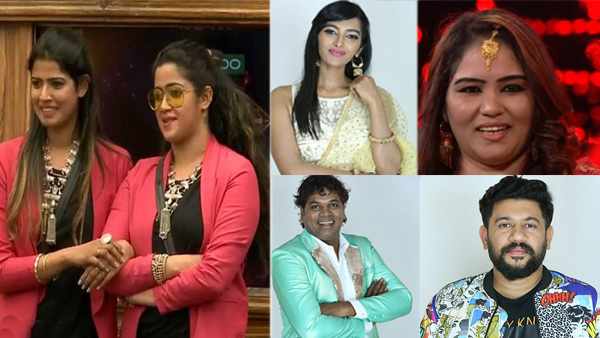