Bigg Boss Malayalam 2 was, undoubtedly the source of all controversies Kerala could discuss about! Well, on a positive note, the show has set the biggest record ever achieved by the Bigg Boss Franchise. With just 4 weeks to the finale, the show was called off by the makers due to the ongoing Coronavirus outbreak. The move has left the season with no winner, and this is happening for the first time in the history of Bigg Boss.

Also, interestingly the second season of Bigg Boss Malayalam had 8 contestants Somadas, Alina, Pavan Gino Thomas, Reshma Rajan, Sujo Mathew, Alasandra, Daya Ashwathy, RJ Raghu, who walked out of the show due to health reasons. Among them, only 6 had made a comeback except for Pavan and Somadas. This fact is yet another record in itself.

Well, talking about the last episode of the season, the show might have the final telecast on Friday. Going by the recent promo, Mohanlal enters the house to talk about a 'serious issue' with the contestants, which apparently is about the Coronavirus shutdown.
For the uninitiated, Bigg Boss Malayalam 2 had Pashanam Shaji, Arya, Fukru, Alasandra, Sujo Mathew, RJ Raghu, Amrutha Suresh, Abhirami Suresh, Daya Ashwathy, Alina Padikkal. Also, Fukru was chosen as the captain for the 11th week. 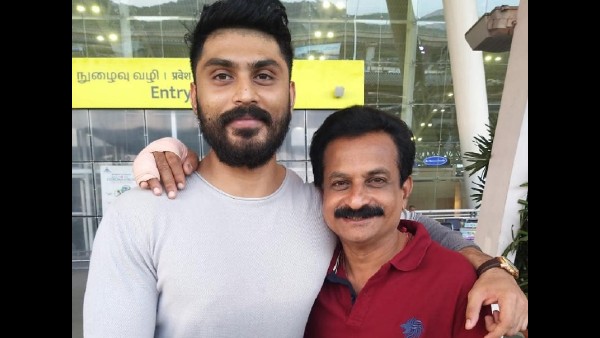 Bigg Boss Malayalam 2 Contestants Rajith Kumar And Pavan To Reunite For A Movie!