Its Coronavirus scare everywhere! The ongoing outbreak has led to the cancellation of releases and shoots of films and shows on television and digital platform. Well, the latest to hop on the bandwagon is, the popular reality show Bigg Boss Malayalam 2. The producer of the show, Endemol Shine India has released a statement announcing the suspension of all the administrative and production departments until further notice in the wake of Coronavirus outbreak.

Though there has been no mention of the reality show, it is likely that it might get cancelled due to the ongoing situation. Interestingly, a major part of the comment section has called it the fate of the show for being biased. Few of them have called it karma, for being unfair with Rajith Kumar, who was suspended for attacking Reshma Rajan. Others have questioned the credibility of the show calling it unethical and scripted for a winner already.

Well, it looks like the second season of Malayalam Bigg Boss is going through a rough time, especially due to the contestants' health issues. Six of them, RJ Raghu, Alasandra, Sujo Mathew, Daya Aswathy, Alina, Reshma Rajan, were kept away from the show due to an eye infection. Also, a strong contestant of the show, Pavan Gino Thomas had to exit the show due to health reasons.

For the uninitiated, Bigg Boss Malayalam 2, being hosted by Mohanlal, is just 4 weeks away from the finale with 10 contestants inside the house now. 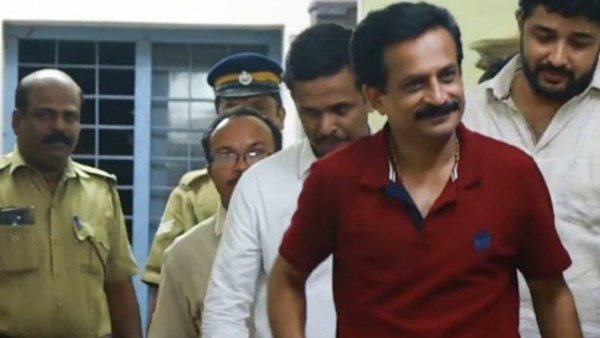 Bigg Boss Malayalam 2 Fame Rajith Kumar Gets Bail, Says I Am Not The Villain, Corona Is!