Fahadh Faasil, the National award-winning actor is back with the makers of Maheshinte Prathikaaram once again. The team is joining hands once again for an upcoming crime drama, which has been titled Thankam. Recently, the sources close to the project revealed some interesting details about Fahadh Faasil's character in the movie.

Interestingly, the talented actor is all set to play a thief once again, in Thankam. Fahadh Faasil is playing the character Thankappan Kuttamani aka Kallan Kuttan in the movie. The actor has earlier played the role of a thief in the acclaimed movie Thondimuthalum Driksaakshiyum. Fahadh later won the National film award for the Best Actor In A Supporting Role, for his performance in the project.

However, the sources close to Thankam suggest that Fahadh Faasil's character Kallan Kuttan from the movie will not come under the lines of the character Kallan Prasad from Thondimuthalum Driksakshiyum. Instead, Kallan Kuttan will feature the actor in a never-seen-before avatar which is totally different from his earlier outings.

Thankam will also mark Fahadh Faasil's second collaboration with the talented actress Aparna Balamurali, the leading lady of Maheshinte Prathikaaram. Even though details regarding Aparna's character is not revealed yet, the reports suggest that the actress is playing a performance-oriented role in Thankam.

The highly anticipated project will also feature actor-director Dileesh Pothan and Joseph actor Joju George in the pivotal roles. Thankam, which is directed by the young filmmaker Saheed Arafath who is best known for the movie Theeram, is scripted by the National award-winning writer Syam Pushkaran.

Gautham Shankar, the Theevandi fame cinematographer is the director of photography. Bijibal composes the songs and background score for the Fahadh Faasil starrer. Thankam, which is jointly produced by Fahadh Faasil, Syam Pushkaran, and Dileesh Pothan under the banners Fahadh Faasil And Friends and Working Class Hero, will be widely shot in Mumbai, Palakkad, and Coimbatore. 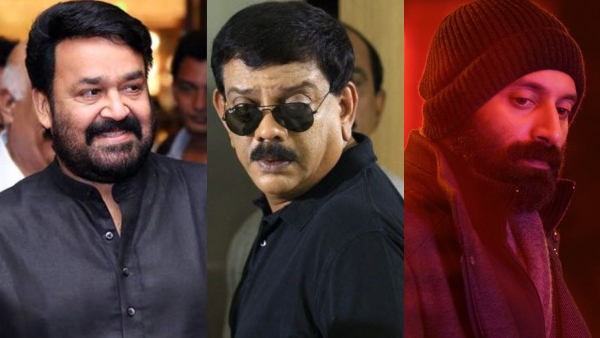 Fahadh Faasil Is The Most Natural Actor After Mohanlal, Says Priyadarshan