Interestingly, a throwback picture of Mammootty and young Dulquer Salmaan has been winning the internet currently. The lovely picture, which was apparently clicked while Dulquer visited the sets of one of the Mammootty films, once again proves that both the father and son are very much alike when it comes to their choice of accessories.

Mammootty, on the other hand, is very particular about staying away from his son's professional life. Interestingly, the megastar never talks about Dulquer Salmaan in his interviews and says that 'I don't make comments about other actors', whenever he was asked to speak about his son.

According to Dulquer, Mammootty had made it clear he is not going to launch him or produce his films, when he first expressed his desire to act in films. The megastar had advised the young actor to learn acting first and try to find opportunities on his own. Well, we are sure that Dulquer Salmaan is making his father proud today with his achievements. 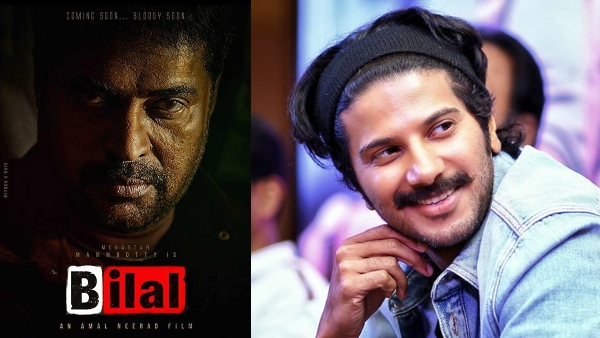 FANBOY ALERT: Dulquer Salmaan Is All Excited About Mammootty's Bilal!