Marakkar Arabikadalinte Simham, the highly anticipated Mohanlal starring historical drama is gearing up for a grand release. The team has already begun the promotional activities of the magnum opus in full wing. Recently, the makers revealed popular actor Arjun Sarja's character poster from Marakkar Arabikadalinte Simham, through the official social media pages of the movie.

The promising character poster of Arjun Sarja introduces the character he plays in the movie, Anandan. According to history, Anandan, who was widely known as Mangattachan, was the minister and right-hand of Samoothiri who was later pitted against Kunjali Marakkar IV. Arjun Sarja looks simply dashing in the look of the powerful warrior, in his first look poster.

The makers had recently revealed the character poster of Keerthy Suresh from the movie, which had gone viral on social media. The promising character posters have definitely raised the expectations over the Priyadarshan directorial, which is touted to be the most expensive ever made in the history of Malayalam cinema and its lead actor Mohanlal's career.

If the reports are to be believed, the makers are expected to reveal the highly anticipated first teaser of Marakkar Arabikadalinte Simham, by the end of January. The sneak peek video of the Mohanlal starrer, which was released during the success celebration of the 2019-released blockbuster Lucifer was widely accepted by the audiences.

According to the sources close to the project, Marakkar Arabikadalinte Simham nearing the final stage of its post-production works. The movie, which depicts the story of Kunjali Marakkar IV aka Mohammed the naval chieftain of the Samoothiri Kingdom in the 16th century, features Mohanlal in the titular role. 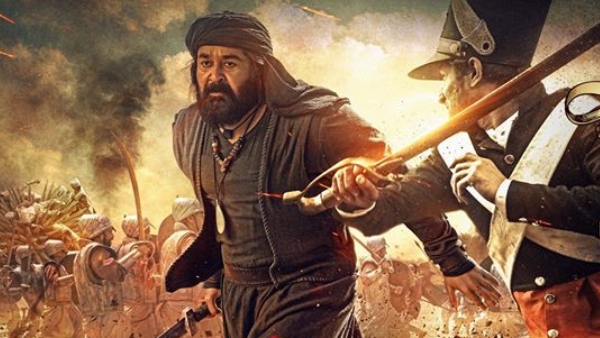