Complete Actor Mohanlal has yet again proved that he is indeed the reigning superstar of Mollywood. The actor is ruling the all-time Malayalam TRP list with four of his movies making it to the Top 10. His Pulimurugan, Drishyam, Lucifer, and Oppam have gained high because of the telecast on the mini screen. The 100-crore club entrant, Pulimurugan, directed by Vysakh, has topped the list with a television rating of 29.

The suspense-thriller Drishyam, which was remade in Hindi, Tamil, and Kannada, has taken the fourth position with 21 TVR. The much talked about Lucifer, helmed by actor Prithviraj, has scored 20.29 TVR and stands on the fifth spot. Crime thriller Oppam, wherein Mohanlal was seen portraying the role of a blind person, has taken the eighth spot with a rating of 14.
Interestingly, Telugu actor Prabhas' Baahubali: The Beginning and Baahubali: The Conclusion, has taken over the two top spots on the list. The first part has gained a score of 24 TVR, making it to the second position while the second part has acquired the third spot with 22 TVR ratings.

Vineeth Sreenivasan's 2019 film Thanneer Mathan Dinangal, which received tremendous response at the theatres, has made it to the sixth position with a TVR of 16. Nivin Pauly's game-changing Premam which turned out to be a hit even in the non-Malayalam speaking states has been spotted on the seventh position with TVR of 15.5. The recent television premiere of Anjaam Pathiraa starring Kunchacko Boban, Jinu Joseph, and Remya Nambeesan, has done an incredible job by scoring 12.6 TVR, taking the ninth position. Tamil actor, Vijay, who enjoys a huge fan following in Kerala as well, has taken the Tenth spot on the list for Theri with a 12.5 TVR rating.

On a related note, Mohanlal is all set to release the period drama, Marakkar Arabikadalinte Simham, directed by Priyadarshan, once the lockdown comes to an end. He will also resume the shoot of Jeethu Joseph's Ram after the government grants permission. 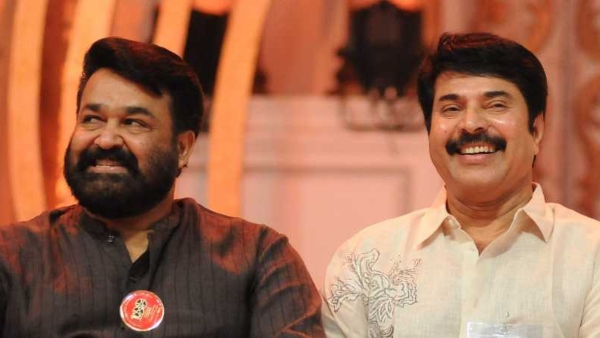 Mammootty And Mohanlal Come Together To Spread COVID 19 Awareness!