Mammootty, the megastar has always been the busy bee of the Malayalam film industry. The senior actor has some highly promising projects lining up, including One, the upcoming political thriller and Bilal, which is a sequel to the Mammootty-Amal Neerad duo's popular film Big B.

The megastar had a great start in 2020 with the big success of his first release of the year, Shylock. The movie, which is an out and out mass entertainer had crossed the prestigious 50-Crore mark at the box office.

Here we present the most promising Mammootty films to watch out for in 2020. Have a look...

One, the upcoming political thriller marks Mammootty's first collaboration with the young filmmaker Santhosh Viswanath and National award-winning scriptwriter duo Bobby-Sanjay. The movie, which features the megastar in the role of the Kerala Chief Minister Kadakkal Chandran is expected to hit the theaters once the all India lockdown ends.

The megastar is all set to play his celebrated character Bilal John Kurissinkal once again in the upcoming project Bilal, which a sequel to the 2007 movie Big B. The movie, that marks Mammootty's second collaboration with cinematographer-director Amal Neerad is expected to start rolling once the coronavirus scare ends.

Mammootty is all set to play the role of a priest for the first time in his career in the upcoming thriller The Priest. The movie, which is directed by newcomer Jofin T Chacko, also marks the megastar's first onscreen collaboration with Manju Warrier, the lady superstar. The shooting of The Priest is discontinued currently due to the all India lockdown.

Mammootty is all set to play his popular character Sethurama Iyer once again in the last installment of the CBI Series. The project, which has been tentatively titled as CBI 5, will mark the comebacks of director K Madhu and scriptwriter SN Swamy after a long gap. The pre-production of the much-awaited project has already begun.

The megastar is joining hands with director Vysakh once again for an upcoming action thriller, which has been titled as New York. The project which will mark the third collaboration Mammootty and Vysakh, after the huge success of Pokkiri Raja and its sequel Madhura Raja, will be majorly shot in the USA.

The Shylock actor is joining hands with the senior filmmaker Sathyan Anthikad, after a long gap of 22 years. The untitled project, which was originally expected to start rolling in April 2020, has been delayed due to the lockdown. Mammootty is said to be playing a commoner in the untitled movie, which is scripted by Dr. Iqbal Kuttippuram. 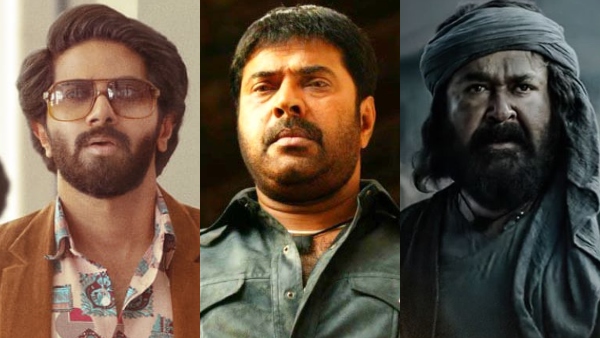 Marakkar Arabikadalinte Simham, Bilal, Kurup, & More: Malayalam Films To Watch Out For In 2020!