RUMOUR HAS IT! Prithviraj Sukumaran To Direct Mammootty Soon?Prithviraj Sukumaran, the multifaceted talent is finally back home after successfully completing the quarantine period. The actor-director, who had shed around 30 kilos for his ambitious project Aadujeevitham, is currently focussing on getting back to shape. Interestingly, Prithviraj recently impressed both his fans and netizens with a new gym selfie.

In the pictures which have been going viral on social media platforms, the Aadujeevitham actor is seen along with his heavyweight training equipment. If the reports are to be true, Prithviraj Sukumaran has set up a personal gym in his residence, as it is impossible to visit his regular gym during this lockdown period. 'Lift, Burn, Build. 🔥', the actor captioned his post.

Prithviraj had set a great example by making use of his quarantine period to the fullest, by setting up a mini gym in his room. The actor had also shared the image of his quarantine gym through his official pages. 'When you're so pumped about getting back into shape that you have a mini gym set up in your quarantine room even before you arrive! Thank you Vibin @fitness4ever.india and @jaish.george 😊', wrote Prithviraj in his post.

The Aadujeevitham actor who was finally reunited with his wife Supriya Menon and little daughter Alankrita after almost 3 months, had recently introduced his new family member through his official social media pages. Interestingly, Prithviraj Sukumaran and his family have adopted a dachshund puppy and named him Zorro.

When it comes to his acting career, Prithviraj Sukumaran will next join the sets of the upcoming family entertainer Ayalvaashi, once the lockdown comes to an end. The actor will once again share the screen with Indrajith Sukumaran, his elder brother in the movie. Along with his acting projects, Prithviraj is also planning to kickstart the pre-production of his next directorial venture Empuraan, the sequel of the Mohanlal starrer Lucifer, very soon. 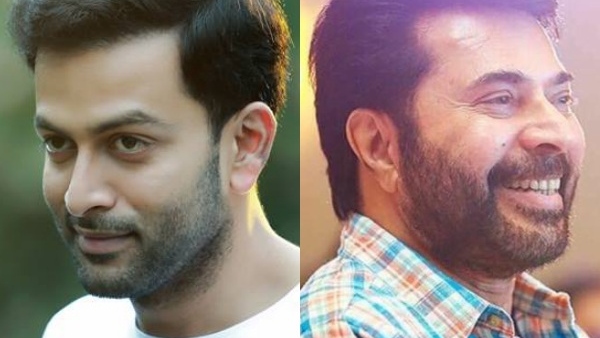 RUMOUR HAS IT! Prithviraj Sukumaran To Direct Mammootty Soon?