Unlike the first look poster, which was a hand-sketched image of a riot, the second official poster solely focuses on lead actor Nivin Pauly. From the second poster, it is evident that the actor is appearing in a unique, rustic look in the movie, which is said to be a period drama set in the 1950s.

As per the reports, Thuramukham revolves around the famous protests against the Chappa system that existed in the coastal areas of Cochin during the 1950s. Nivin Pauly essays the central character in the movie which features Indrajith Sukumaran and Joju George in the other pivotal roles.

Thuramukham, which is said to be an ambitious project of director Rajeev Ravi, is based on the popular play of the same name, which was written by KM Chidambaram. The Rajeev Ravi project is scripted by Gopan Chidamabaram, the popular writer and son of KM Chidambaram. Gopan was the co-writer of Iyobinte Pusthakam, the 2014-released Amal Neerad directorial that featured Fahadh Faasil in the lead role.

Nimisha Sajayan appears as the female lead opposite Nivin Pauly in Thuramukham, which features Sudev Nair as the lead antagonist. Manikandan Achari, Arjun Ashokan, Poornima Indrajith, Darshana Rajendran, etc., essay the supporting roles in the movie. The Rajeev Ravi directorial is produced by Sukumar Thekkeppat, under the banner Mini Studios. The shooting of the project is currently stopped due to the all India lockdown. 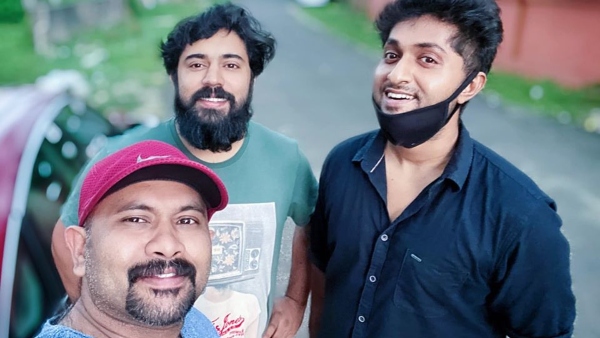