Varane Avashyamund, starring Dulquer Salmaan, Kalyani Priyadarshan, Suresh Gopi and Shobana in the lead roles was released on 7th February 2020. Well, now the movie has joined the list of films that have been leaked online by the disreputable piracy website, Tamilrockers in HD print. The leak may highly affect its collection at the box office.

The movie had garnered an amazing response from the audience at the theatres, and the evergreen chemistry between Suresh Gopi and Shobana was highly praised. The actors had reunited after 14 years of Makalku. But their best onscreen performance was delivered in the 1993 film Manichithrathazhu where Suresh Gopi played Nakulan and Shobhana essayed the role of his wife, Ganga.

Interestingly Kalyani Priyadarshan, daughter of the celebrated director Priyadarshan has made her Mollywood debut with Varane Avashyamund. Also, Anoop, son of veteran filmmaker Sathyan Anthikad is marking his debut in filmmaking with this project which is produced by Dulquer Salmaan's Wayfarer Films.

The movie revolves around the four lead characters with Shobana essaying the role of a single mother and Kalyani as her daughter. On the other hand Suresh Gopi is playing the role of a retired army officer and Dulquer plays a carefree young man The family entertainer also features Urvashi, KPAC Lalitha, Lalu Alex, director Major Ravi, Johny Antony and so on in pivotal roles. 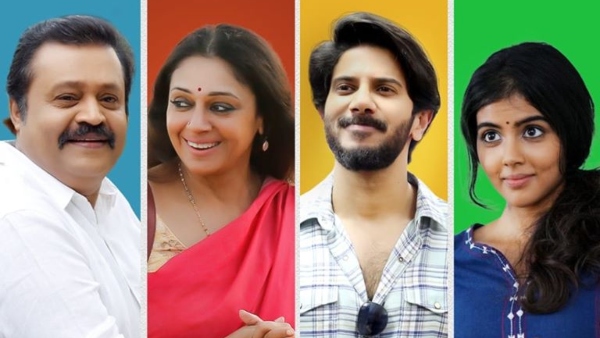 Varane Avashyamund Twitter Review: Here's What The Audiences Think About The Multi-Starrer!