Cold Case, the much-awaited Prithviraj Sukumaran starrer has finally got a release date. The movie, which is touted to be an out-and-out crime thriller, will release on Amazon Prime Video, on June 30, Wednesday. Thus, Cold Case has emerged as the first film of its leading man Prithviraj Sukumaran's acting career, to get a direct OTT release.

The actor, who plays the central character Sathyajith IPS in the Tanu Balak directorial, took to his official social media handles and revealed the release date of Cold Case. "A new case, a new mystery, and your cop is back on duty! Watch #ColdCaseOnPrime June 30, Amazon Prime Video," wrote Prithviraj Sukumaran in his post.

Anto Joseph, the producer of the project, shared the exciting update and wrote: "The dead-end is where this cold case begins! Watch #ColdCaseOnPrime June 30, Amazon Prime Video." If the reports are to be believed, the makers signed the final contract with the OTT giant, a couple of days back.

As reported earlier, Cold Case is a unique crime thriller that revolves around a murder that happens in the capital city of Kerala, Trivandrum. Prithviraj Sukumaran's character in the movie, ACP Sathyajith IPS is an intelligent police officer who leads the murder investigation. The actor's character in the movie is said to be entirely different from the cop roles he has earlier played in his career. 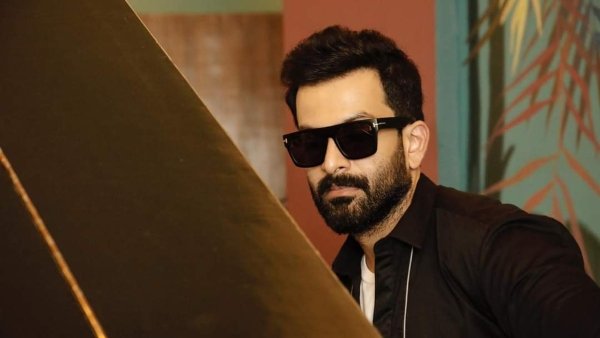 Aditi Balan, the Aruvi fame actress is appearing as the female lead in Cold Case. Lakshmi Priyaa Chandramouli, Suchitra Pillai, Athmiya Rajan, later actor Anil Nedumangad, and so on essay the supporting roles. The project is jointly produced by cinematographer Jomon T John, editor Shameer Mohammed, and Anto Joseph. Jomon himself handles the cinematography of the project, along with Girish Gangadharan. Shameer himself handles the editing.