Dulquer Salmaan is all set to play a police officer in his next untitled production venture. The charming actor is sharing the screen with Bollywood actress Diana Penty in the project, which is a cop film. The actor-producer Diana Penty on board recently, by writing the penning down the sweetest note on his official social media pages.

"Welcome @dianapenty to our new film ! We are super excited to have you on board and hope you have the best time making this film. Also seeing Kerala and exploring our cuisine ! 🤓🤓🤗🤗👏🏻👏🏻👏🏻," wrote Dulquer Salmaan on his post, welcoming Diana Penty. He also shared a picture with the actress on his post.

Diana Penty, who is all excited about her Malayalam debut, took to her social media pages and wrote: "Cheers to new beginnings! 🥂 Super excited to join @dqsalmaan, @rosshanandrrews and the whole crew on this new journey - my first Malayalam film! Looking forward to the ride 🎬☺️."

If the reports are to be believed, both Dulquer Salmaan and Diana Penty are playing the roles of police officers in the untitled venture. In that case, the Rosshan Andrrews project will mark the actor-producer's first innings in playing the cop roles. Even though Dulquer has made a brief appearance as a police officer in Vikramadithyan, this is his first full-fledged cop role.

The movie, which is scripted by Bobby-Sanjay duo features Manoj K Jayan in a pivotal role. Santhosh Narayanan, the renowned Tamil musician who is all set to make his Malayalam debut soon, has been roped in to compose the music for the project. The editing is handled by the National award-winning editor A Sreekar Prasad. The project is backed by Dulquer Salmaan's Wayfarer Films. 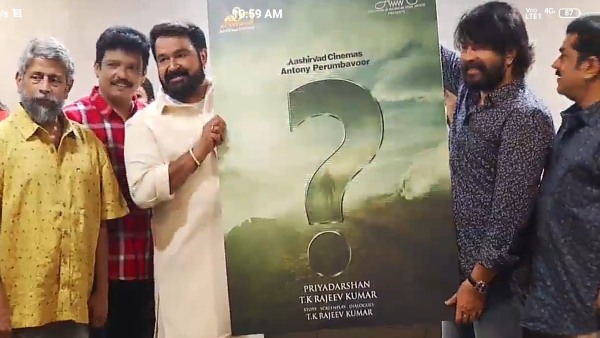