Marakkar Arabikadalinte Simham, the Mohanlal starring epic drama recently had its premiere in Chennai. The private premiere show of the Priyadarshan directorial was hosted by leading man Mohanlal, for his family and friends. Interesting, the highly anticipated Marakkar Arabikadalinte Simham first review is finally out after the premiere show, to the much excitement of the film fanatics.

Roy CJ, who is the founder of Confident Group and one of the co-producers of the Mohanlal starrer, is all praises for the epic drama after watching its premiere show. The co-producer took to his official pages and showered praises on Marakkar Arabikadlainte Simham, stating that the movie is 'Hollywood' level in all its departments.

"I am Always Frank what I Say. The much Awaited "MARAKKAR" Movie is a Creativity Feast and at Hollywood Level in all Departments. Lal Ettan & All Amazing Stars, Priyadarshan ji, Anthony Ji and All departments have Done an Ultimate Landmark which will Stay as a Benchmark to Beat for Long Long Time.

It was Really worth Bracing Floods and Reaching by road Chennai to watch the Private Screening at Chennai Today. As a Co Producer I am as Excited as Before seeing the Movie (sic)"

Marakkar: Priyadarshan Reveals Reason Behind The Film's OTT Release, Says It Was Heartbreaking For The Team

From the Marakkar first review, it is evident that the Mohanlal starrer is going to be a never-seen-before cinematic experience for the Malayalam film fanatics. The cinema lovers are still hoping to watch Priyadarshan's magnum opus on big screens, even though producer Antony Perumbavoor has confirmed that the movie is getting a direct OTT release. 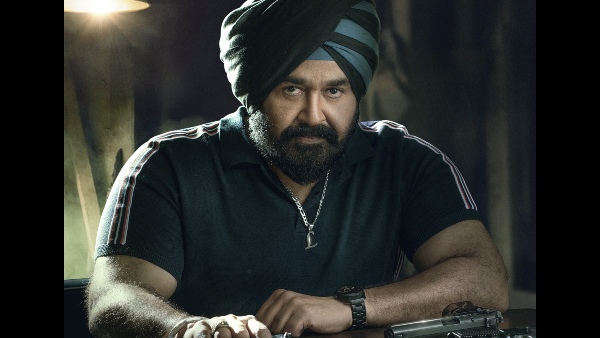 Mohanlal And Vysakh's Next Is Titled Monster; First Look Poster Is Out!

If things fall in place, there are chances for Marakkar Arabikadalinte Simham to get screened in 100 plus theatres, which are owned by Antony Perumbavoor and his close associates, in Kerala. Both the Mohanlal fans and cine-goers are now eagerly waiting for the latest reports to turn true so that they can witness the magic of the Malayalam industry's biggest production ever, on the silver screen.