Nivin Pauly, the young crowd-puller will be next seen in the highly anticipated period thriller, Thuramukham, directed by Rajeev Ravi. As per the latest updates, the much-awaited Thuramukham teaser will be revealed this Eid. The highly exciting update was revealed by Sukumar Thekkepat, the producer of the project, through a social media post recently.

Recently, it was rumoured that Thuramukham might get a direct OTT release on the popular platform, Amazon Prime Video. It was also speculated that the makers are planning to reveal the release date of the movie on May 1, on the occasion of labourers day. However, the sources close to the Nivin Pauly starrer rubbished the reports and confirmed that the team is eyeing a theatrical release.

As per the reports, Thuramukham revolves around the famous protests against the Chappa system that existed in the coastal areas of Cochin during the 1950s. Nivin Pauly essays the central character. The actor is playing the role of Moidu, a port-laborer who is based on Mattanchery, in the Rajeev Ravi directorial. 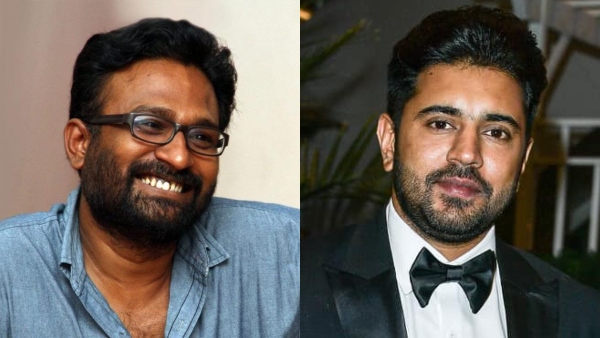 Nivin Pauly To Play The Lead In 'Peranbu' Director Ram's Next Outing: Reports

Thuramukham, which marks Nivin Pauly's first collaboration with Rajeev Ravi, is based on KM Chidambaram's popular play of the same name. The project is scripted by Gopan Chidamabaram, the popular writer and son of KM Chidambaram. As mentioned in producer Sukumar Thekkepat's post, Geetu Mohandas is also a part of the direction team.

Indrajith Sukumaran, Nimisha Sajayan, Joju George, Poornima Indrajith, Darshana Rajendran, and so on essay the supporting roles in Thuramukham. The Rajeev Ravi directorial is produced by Sukumar Thekkeppat, under the banner Mini Studios.