Interestingly, Sara's marks renowned writer Benny P Nayarambalam's maiden collaboration with his actress-daughter Anna. In addition to that, Divya Vineeth, wife of singer-director Vineeth Sreenivasan has made her debut as a playback singer with the romantic drama.

Did Anna Ben's film Sara's live up to the expectations of the audience? Read on to find out.

The film revolves around an ebullient-high spirited associate director Sara (Anna Ben) who dreams and works her fingers to the bone to become a filmmaker. During her journey, she bumps into Jeevan (Sunny Wayne), a carefree youngster with whom she shares similar traits, especially of not having much liking towards kids. They fall in love and later enter wedlock, owing to family pressure.

As they decide on working on their respective careers post wedding, things take a turn after Sara gets pregnant and simultaneously finds a producer for her big project. With incessant pressure from the family, what will Sara choose? Well, you will have to watch the film on Amazon Prime Video to see what unfolds at the end. 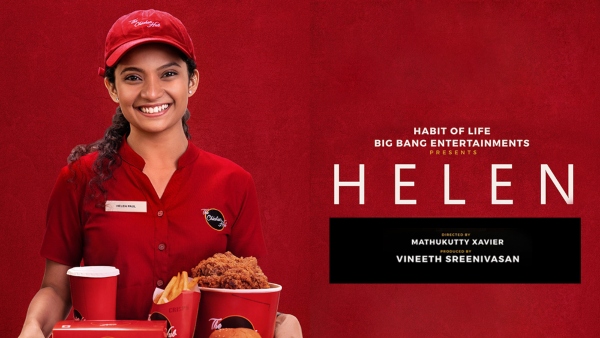 IT'S OFFICIAL! Anna Ben Starrer Helen To Get Remade In Four Languages

Sara's is all about breaking stereotypes and undoubtedly, the film has proved its point with a fresh and intriguing story written by Akshay Hareesh. Having said that, though the story touches an assortment of relevant subjects like feminism, generation gap and societal norms, the film time and again loses focus and sometimes from the main subject itself. To be precise, Sara's looks compelling in parts, however, it loses the real essence when viewed through a wider lens simply due to the addition of multiple subjects.

One thing that makes Jude Anthany Joseph's film different from others is the fact that it doesn't use cliched concepts. For instance, Sara's doesn't display the protagonist as someone who is 'perfect' in every sense. Sara has her pros and cons, she is independent, the decision-maker of her own life, she makes mistakes, she is career-oriented and feels okay to confess that she had been in multiple relationships.

With a powerful yet refreshing concept and intriguing storyline, the Jude Anthany directorial might remind many of his 2014 film Ohm Shanthi Oshaana, not because of any major resemblance but solely owing to the breath of fresh air both offered at different periods of time.

Anna Ben: As expected, the starlet has been able to leave a mark on the audience with her portrayal as Sara Vincent. Anna doesn't overdo her acting stints and simply goes with the flow of the narration. On the other hand, she has also taken care of her character's minute detailing which serves as the cherry on the cake.

Sunny Wayne: The versatile actor as Jeevan is a treat to watch. His effortless acting chops and his sporadic comic dialogue delivery are unmissable.

Cinematographer Nimish Ravi has done an incredible job with the lens and deserves applause for the visual treatment that gels with the storyline. A proper mixture of light and darkness has been used in the film, which adds visual depth to each and every sequence. Shaan Rahman's music composition needs a special mention as his soulful tracks leave an unending impact. Riyas K Badhar's flawless editing is also one of the key factors of the film that keeps it engaged, and a relatively short one with a runtime of 2 hours.

Sara's is a cliché-free, feel-good film that talks complete sense. Though the Jude Anthany directorial looks compelling in parts, the film at times loses the real essence when viewed through a wider lens simply due to the addition of multiple subjects. Anna Ben's nuanced performance is the highlight of the film and Sunny Wayne stands out with his effortless charm and excellent acting chops.